Day 162 of self-isolation - Fewer deaths in the second wave

Fewer deaths in the second wave

In Aberdeen, some of the additional restrictions that were imposed a couple of weeks ago, have been lifted.

More good news - only 70 out of a million children became infected with Covid-19. Public Health England said "out of more than 1 million children attending pre-school and primary school in June, just 70 children were affected".

Spain and France are getting a lot of new cases; UK, Germany, Holland and Belgium have low numbers. Looking at Spain, the peak number of cases per day was 8000 back in March; now the number per day is about 5000. But the death rate, which was 800 per day in April, is now a dozen or two.

So the number of deaths per thousand cases, is a lot lower than it was in March/April and we're seeing the same thing in France. 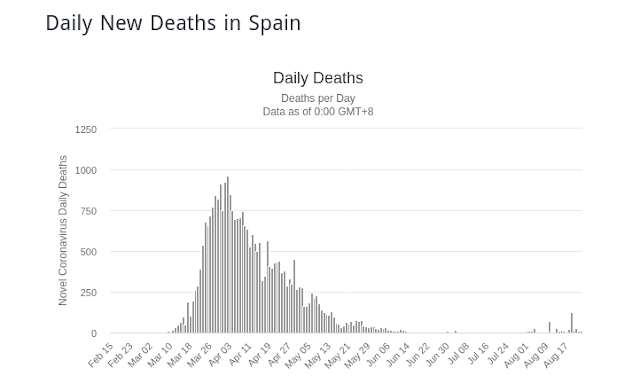 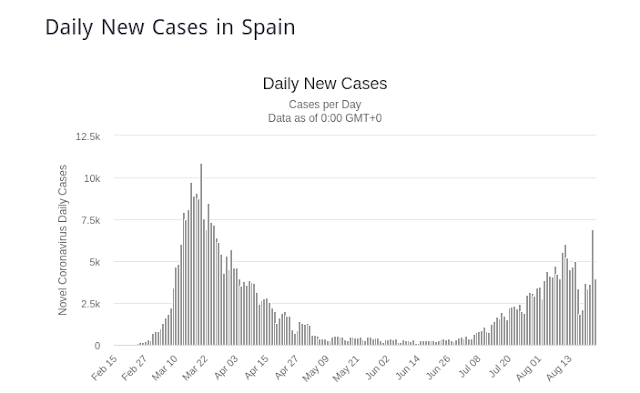 Some people have wondered if this means that the virus isn't as nasty as it was in March, but I think that this isn't the whole story. I think the other reasons are:

1) We have treatments now (such as dexamethasone) that reduces the death rate.

3) The people getting infected now, are younger and less likely to have severe symptoms

We can see the same thing in the USA, if you compare what happened in New York last March, with what is happening now in the South West USA.