Day 167 of self-isolation - working from home

Our government is trying to discourage people from working at home, to commute into work. Why?

Yes, it's sad that many coffee shops and sandwich shops will lose business, and that propery prices will fall considerably. But the world changes.

Many people have found that they are just as effective working from home as in the office. For a start, it cuts out that time-wasting one or two hour commute in the morning, and again in the evening. It means that, if you can create yourself an "office space" in a room, an attic or a shed, you can work without too many interruptions.

So I was thinking about my own work - could I have worked from home?

When I was at IWS, probably not entirely. Some of what I did was programming, and that goes extremely well at home, but some of it was digging out information from published journals. I would also wander round the building from time to time, just talking with people about what they did and how they did it.

When I was at BP, a lot of what I did could have been done from home. But - serendipity and schmooze. Just as happened at IWS, I was able to make lucky discoveries, just by being there. For example, I learned how to read mag tapes by hanging round the computer department and begging an example program from a friend. That led to a major project of buying in data tapes and putting them online for the rest of the company, and also a rather sweet project where I read the tape log of the telephone system, and was able to track down a thief as a result. A byproduct of that, gave me an online searchable phone book for the whole company.

And now? I've been working from home for a couple of decades now. I don't wear a suit, I work the hours I prefer, it's all good.

So, in conclusion. I don't think that working from home gives you 100% of the utility of office work, but it can give you a lot. How much, would depend on the sort of job you do. My jobs were always very creative, but involved a lot of working with computers. So I could imagine a good compromise would be to work in the office one or two days each week, work from home the rest of the week. 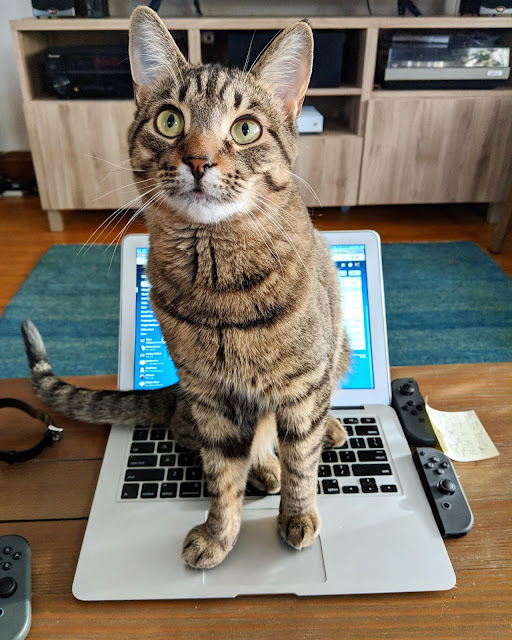