Day 165 of self-isolation - A Navajo disaster

In the USA, there is a group called the "Navajo Nation". It isn't one contiguous area, there are a dozen areas, scattered over Arizona and New Mexico. Arizona is one of the worst states (677 deaths per million); New Mexico 360.

There are 174 thousand people, but they have been affected disproportionally by Covid-19. Deaths per million in the USA reached 556, but in the Navajo Nation, it has reached 2868, more than five times as many, and far, far more than any of the 50 states of the USA.

I think the fundamental reason is, no-one cared. They just don't have the resources that other states have, and the response from the federal government has been too slow.

A third of households have no access to running water or electricity.

But I don't think it helps that they call the disease "Big Cough-19". "Covid" isn't actually an English word, so why translate it to something that sounds so harmless?

And it isn't over yet. 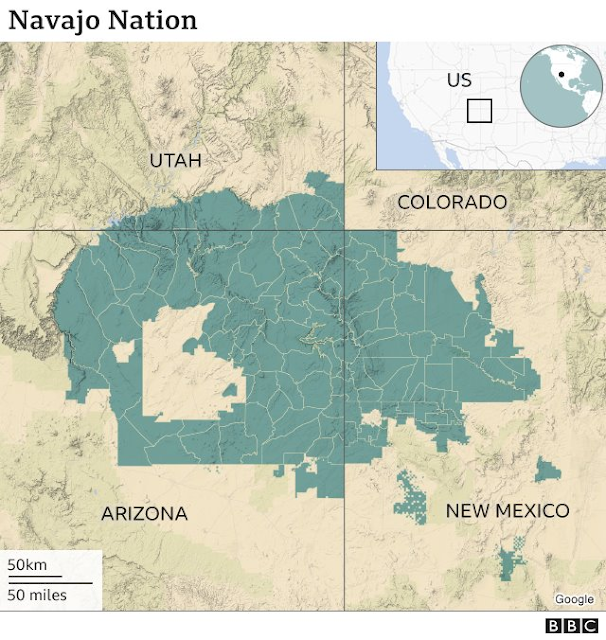