Day 153 of self-isolation - Education and exams

It was always going to be a mess. And I wonder whether it might have actually been possible to hold socially distanced, masked, exams? But that's another story.

I had a look at the "Algorithm". Algorithm is just a fancy way of saying "A way of calculating something". When it's really complicated, your best plan is to use a spreadsheet, or a computer program, and I'm guessing that's what they did.

I could probably write a program that implemented this algorithm, but I wouldn't have the data to feed into it. If I did have the data, then I would look at the outputs before publishing them, and that's what I don't think they did sufficiently carefully.

Teachers submitted the grades they thought each student would have received if they had sat the papers, and also a rank order of students.But that was only part of the data used; the rest of the data downgraded those results by 39.1%

Teachers are thought to give better grades that an impersonal exam would. Most of the downgrades were by a single grade, a few by two grades, and a few were upgrades. The purpose of this was to avoid grade inflation - even so, the number of A* grades rose to 9% and the number of A grades or better rose to 28%.

There is no totally fair way to do this. The pandemic is the root cause of the unfairness, and it has led to many unfairnesses - this is only one of them.

I think back to when I took my A levels, and how I would have felt if instead of taking an exam, my teacher had guessed that I'd get excellent result, and then some algorithm that I can't even compute (because although I have the algorithm, I don't have the data they fed into it) had decided that I get a substantially lower grade. I would have been annoyed. But not too badly, because even a much lower grade would have gotten me into the university of my first choice.

But for so many school-leavers - this process that feels unfair and arbitrary, has left them without a university place.

And I am sad for them. 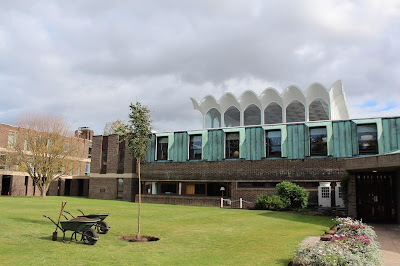