Each year, 150,000 people die of measles, worldwide. There is a very good vaccine for measles, but still there are a lot of measles deaths. Why?

In the rich countries, everyone can afford a vaccine, but some choose not to take it.

In the poorer countries, many can't afford a vaccine; some can, but refuse to take it.

Why would anyone in their right mind, refuse to take a life-saving vaccine? I don't know. WHO call it "vaccine hesitancy", but that's inaccurate. They aren't hesitating, they are outright refusing.

800,000 people have died of Covid-19, and uncountable numbers are suffering long-term damage. Yet a large percentage of people are already saying that they won't accept the vaccine - especially in America. Go figure.

The US company ModeRNA is about to start phase three trials, and they're looking for 30,000 volunteers. So far, they've recruited 13194, of which 18% are minorities - the target is 60% minorities, because they are hit much harder by the virus. They are hoping to get the volunteers assembled by mid September. 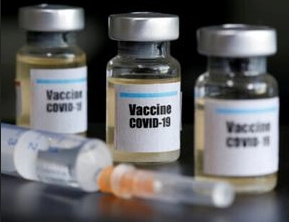