In July, I came up with the idea of using a more modern anticoagulant than
Warfarin, which I've been on for 25 years. Warfarin works, but I have to go to
the clinic every few weeks to get tested.

So they said yes, but we need to look at your blood. I gave a sample, And
nothing happened for a couple of months, but then I was contacted And was told
that I have markers. Meaning, a problem.

So I went to Wycombe hospital, and they gave me a thorough going over. I have
a minor blockage in one of my heart valves, but nothing to worry about. I have
diabetes; blood sugar normal range is 4-7, and mine comes in a 7-9, so only
slight.

And they did a CAT scan, and found a lump, in the duct between my liver and
gall bladder.

After that, everything happened very fast. I had an MRI scan, which confirmed
the lump, and I was told it's 95% likely to be cancer.

50 years ago none of this would have been possible; I had no symptoms, and
felt perfectly healthy. Then they did a PET scan; they put something slightly
radioactive into me, and scanned. A PET scan is a generic cancer detector. I
had to wait weeks for the result, but it came back clean, apart from the known
lump. I had to confess, I cried with joy when they told me this.

So I had a consultation with an oncology expert at Oxford Churchill hospital,
and he explained the options. But there was only one real option.

The liver is the only organ that can regenerate itself. And it comes in two
parts, a small part and a large part - the lump was near the large part. The
plan was to cut off that large part, and then the small part would grow.

But first, I needed three procedures; a procedure is a minor operation. The
first was to put a stent next to the lump, so that bile could flow freely to
the gall bladder. That happened in Oxford Radcliffe.

But it didn't work. They sedated me (meaning, I was asleep). I held a plastic
mouthpiece between my teeth, and they put a tube down my throat and navigated
it with xray assistance down to where it needed to be but they couldn't get it
in place. Worse - one of the risks of this prodecure is peritonitis, and I got
that. I vomited up the contents of my stomach, I had a terrible pain there,
and they shipped me back to Oxford Churchill.

Over the next several days, even the thought of food made me nauseous, and I
was in a lot of pain. They put me on Paracetamol, and a saline drip to keep me
hydrated, and the morphine, which was another drip that I pressed a button
when I needed more - which was often.

After several days, I was feeling a bit better, so they scheduled me for a
repeat of the procedure, except this time they went in through my side. That
worked, and now the bile drained through a tube, into a bag.

So, again some days to recover, and then we faced the next procedure. the idea
was to block the blood supply to the bad part of my liver, so it would start
to shrink, and the good part start to grow.

I was slightly sedated, and lay flat on my back for two hours, and my back
really doesn't like that. then I had to stay in that position for another two
hours, until eventually I could move and relieve the pain. That was 100%
successful. A few days later, they did the second part of that, which
consisted of blocking the outflow.

All this was to get me ready for the main event.

I got out of hospital 17 days after I went in. I still had the drain, but it
didn't drain externally.

While I was in hospital, I lost 18 pounds, mostly because of the peritonitis.
But I felt OK when I left, although with very little appetite.

That was November 22. I was told to get as fit as possible for the big event
in January.

I spent the next two months eating as much as I could (which was not much, I
was still suffering a bit from the peritonitis) and exercising on the
stationary bike, 20 minutes per day. Then the date was set, 19th January.

I arrived at 7am January 19th as requested at Oxford Churchill, and the
anaesthetists went into action. They stuck things into me, and eventually
asked me what I was there for. "Full brain transplant" I said and they
laughed, but I didn't because I was suddenly unconscious.

The operation took nine hours and five surgeons - it's the biggest they do in
Churchill.

I woke up in purgatory. They call it the Intensive Care Unit. My mouth was as
dry as a desert, but when I called for the nurse, all I got was a wet sponge
to suck. I had to do this several times. Meanwhile, the noise level was high -
phone ringing, people chatting, large things being dragged noisily across the
floor.

On my second day there, they got me to walk round the ward, and that was good
enough for them to transfer me to the upper gastrointestinal (UGI) ward, the
same place I was in November. I was able to greet many of the nurses by name.
They put me in a room for four, and I settled down. I had been told that I'd
be there for 10-30 days, depending on complications.

At that point, I had two things in my side, giving me timed and measured doses
of painkiller, I had a catheter, a big cannula in the big wrist vein on my
left, another big cannula in my jugular on the right, and a small one in my
right arm. And so I rested.

The doctor team came round, and I was told that the operation as 100%
successful, and now they were analysing the histology. That took a few days
more, and also came back 100%. And at that point, I was no longer a person
with cancer, I am now a cancer survivor.

The worst parts of the ICU was when a nurse dropped the catheter bottle and it
went all over the floor - not my problem, but when it dropped, it jerked the
tube, and the sudden pain made me scream.

I also got into a big row about my eye drops. I take wo different kinds in my
left eye (glaucoma, but it's under control). First, the nurse claimed that I
only had one set of drops, then she claimed that I didn't take eye drops at
all, because it wasn't on her computer. So I pointed out that both of them was
on my printed list of medications that I had brought in, in the bag of
medications. Eventually, I stopped arguing. And they found my list of
medications, and agreed that I was right. And then they lost one of the two
bottles, and couldn't find it. That was fixed when they did a new prescription
for it.

I was so glad to get out of ICU!

I have to admit, that made me very worried. I called a nurse, she called a
doctor, and he spent quite a long time with me reassuring me that although it
was normal, it was quite common, and was caused by some minor damage inside,
and would clear up in a couple of days. And he was right. But when I looked at
what first came out into that bottle, it was natural to worry.

The next several days were spent mostly sleeping, plus a little bit of
exercise, and a little bit of eating. As soon as I felt a bit better, I got
someone to bring in a small side table, she set my laptop up for me, and I was
able to log in to my network, and everything was running smoothly.

But ... my left forearm became very sore - it was phlebitis, an inflammation
of the veins, brought on by all the needles. The nurse told me it would clear
up in a week, and it did.

I started doing ward rounds. I'd get up, put on a dressing gown, walk round
the rooms in the ward, and if a door was open and the patient was awake, I'd
stick my head in and ask "Fancy a chat?". This was usually well received, so
I'd come in (masked) and we'd sit and chat for a while, about why we were
here, and our professions, about our children, hobbies and that sort of thing.
I did this almost every day.

On February 8th, the consultant decided I was ready to go home, hurrah! 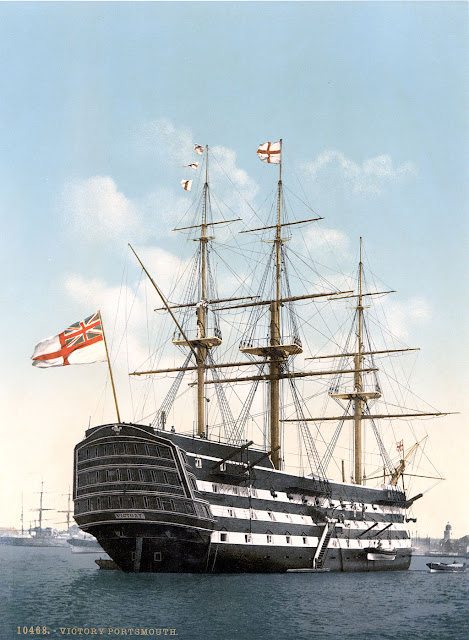