Our NHS for sale?

When we leave the EU (and I think it's going to happen), we will be without any trade deals. Our army of experienced trade negotiators (which we do not have, because we haven't done a trade deal for 50 years) will be left to set them up.

And since Boris has set a deadline of six months to do it (haven't we learned yet that setting unrealistic deadlines in negotiations is just making a rod for our own back?) they'd better move fast.

The EU will be fairly easy. They'll want products exported to the EU to meet EU safety standards, and that should be easy because the currently do. Unless we lower our safety standards ...

But what about the USA?

We are at a huge disadvantage in that negotiation, because we need that deal a LOT more than they do. Trump talks about a "great trade deal", and I believe him. Great for them.

So what will they want?

1. Access to our market for agricultural products, and we'll have to lower our food safety standards to allow that. CDC estimates Salmonella causes about 1.35 million illnesses, 26,500 hospitalizations, and 420 deaths in the United States every year. And in the UK?
In England and Wales in 2016, there were 8,630 confirmed cases compared with 8,558 in 2015.  There's five times as many people as in the USA, and 150 times as many Salmonella cases.

2. A better deal on drugs prices. Currently, the NHS (via NICE) refuses to buy drugs unless their efficacy is above a level they fix each year. The USA will want that stopped.

3. A better deal on drugs patents. Most drugs are developed by a pharmaceutical company, who then has a monopoly on that drug for a eriod of time. But that patent expires, and then anyone can make and sell the drug, and the price falls substantially.

When Trump was asked "Is the NHS on the table for trade deals?" he answered "Everything is on the table". Obviously he hadn't a clue what the letters NHS stood for and what that meant. But I still think that will be the attitude, and if we want a trade deal with the USA (and our government will desperately want a deal) then on the table it will go.

So. Suppose we lower our safety standards for eggs, so that we'll be able to import all those cheap US eggs and all that lovely Salmonella. We won't be able to re-export them to the EU, because they won't meet EU safety standards.

But why would we want to re-export eggs that we just imported? Because eggs are a common ingredient in various products, such as mayonnaise, and cake, and if the eggs have Salmonella, so will the products. So exports to the EU will suddenly require proof that the ingredients also met the safety standards, and how will we do that?

Healthcare in the USA costs at least twice as much as in the UK, and a large factor in that is the costs of drugs. If those costs rise, then that will drain cash out of the NHS, giving it to the US pharmaceutical companies.

We don't need to sell the NHS to the USA for them to suck it dry.

What is Andy guilty of?

First of all, let's remember the cardinal principle of British justice - innocent until proven guilty.

And let's add to that, the fact that Andrew Windsor has not been prosecuted, or brought to trial for any offence. So why is he going through "trial by media"?

He's been accused of having sex with a girl of seventeen. The accusation is by the girl herself, and the only evidence that we've seen, is a picture of him with his arm round her (and we all know how easy it is to photoshop a picture like that). And there's nothing criminal about being photographed with someone. 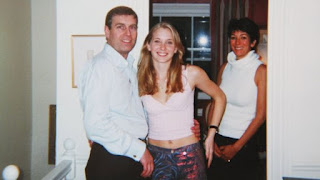 I should also point out that in the UK, the minimum legal age for marriage is sixteen.

So what else is there?

He counted Jeffrey Epstein, a convicted sex offender, as a friend. But that was before he was convicted, so did he know that Epstein was a bad guy? Probably not. Andrew is obviously like Bertie Wooster, mentally negligible, but with no Jeeves to advise him. Probably a nice guy, but one who would be knocked out in round one of "Who wants to be a millionaire". So what might have been obvious to other people, is likely to have been beyond his ken.

Further evidence that Andrew is stupid - he spent four days at Epstein's home AFTER Epstein was convicted. And the final evidence is the rather obvious fact that, since he hasn't been charged with any offence, his best course would have been to maintain a dignified silence.

If he'd had the sense to keep his trap shut, then the whole thing would have blown over quite soon, there being nothing to feed the flames. I think his PR adviser (who resigned) would have told him to keep silent.

He's probably too stupid to know that he needs to say no more, but everyone close to him should be telling him that. He's 59, so it's time to retire from public life and concentrate on his hobbies (but avoid fox hunting).

The Queen must be spitting nails about this.

Nice idea, and who wouldn't want something that's free?

But surely "Free beer for all the workers" would be a better vote-winner?
Posted by drsolly at 14:47 1 comment:

Instead of contesting 600-odd seats, Nigel has decided to refrain from contesting Tory seats. This relegates the Brexit party to the role of spoiler for Labour; all they will do, is divide the Labour vote, increasing the chance that the Libdems (or the Tories) will win those seats.

This is a win-win-win.

First, it's an admission by the Brexiters that their ideal of a crash-out chaotic Brexit, isn't as attractive as a Brexit with an ongoing arrangement with the EU.

Secondly, it increases the chances of the Libdems, by dividing the Labour vote, and giving clarity to people who like the promise of the Libdems to revoke article 50.

And thirdly, and most excellently, it will add to the punishing blows that the racist Labour party will get at the polls. After a sound defeat, the Labour party will throw out the weak-as-water Jeremy Corbin, and promote someone else, who will (hopefully) take the very simple steps that will eradicate racism in the party.

The most racist party in the country is the BNP. They had a demonstration recently - twelve people turned up. The party is dead. The second most racist party is UKIP; their adoption of "Tommy Robinson" and departure of Nigel sealed their fate. In the next election, they'll poll worse than Lord Buckethead.

But at least they know they're racist. The Labour party is still in denial, despite it having been proved to them again and again.

So - with this move, Boris should do rather well. Which isn't ideal, but better than most of the alternatives. I'm more optimistic about the future of Britain than I was yesterday.
Posted by drsolly at 14:25 No comments:

The 20% VAT on tampons has been called "the Tampon Tax", and has sometimes been blamed on the EU. The theory is that, if we leave the EU, then we can have zero tax n tampons.

Germany has just decided to cut the VAT on tampons from 19% to 7%. Many other EU countries already use a lower tax rate for tampons.  We always could have done the same.

I don't know. But many other things are blamed on the EU, such as immigration from Pakistan, the rules for kippers that Boris claimed were eu (are actually UK rules).

In the past it has been very convenient for politicians and newspapers to blame anything they don't like on the EU, whether that's correct or not.

Now we're reaping the penalty for these lies. And when we've left the EU, who will the politicians blame for their mistakes?

The Brexit party candidate for Batley and Spen

Jill Hughes was selected by the Brexit Party for the constituency of Batley and Spen.  But because she revealed that she came from the star Sirius, she has been dropped as candidate.

This is disgraceful. Even though she came here from Sirius, she is a British citizen, and entitled to stand as an MP. And since we have very few MPs originating from Sirius, it is especially important, for the sake of diversity, that we have as many people from distant star systems as we can encourage to stand for election.

Sirius (also known as the Dog Star) is an important element of the stellar population. Indeed, it is the brightest star in our sky with an apparent magnitude of -1.46 (that's Sirius A; Sirius B is a lot dimmer, and is invisible to the naked eye).

We can only hope that the Martian-origin Brexit party candidates are not treated in such a disappointing fashion.
Posted by drsolly at 16:19 No comments:

Nigel Farage has decided not to stand for election

Nigel Farage has decided not to stand for election. 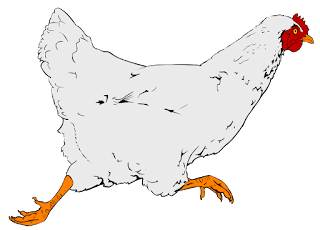 The Union and I

I nearly joined a union once. It happened like this.

In the 1980s, I was writing for several magazines, on a freelance basis. I was one of the few people in the UK who could A) write and B) understood PCs, so I was in considerable demand. I could phone the editor of one of several magazines, suggest an article, agree length and deadline and I was all set. And I could knock out a 1000 word article in about an hour, earning about £80. I would write this on my laptop NEC 8701a computer during my commute, squirt it to a PC, spell check and tidy it up, print it out double-spaced (that's what they wanted) and post it off.

After doing this for a few years, I was very familiar with all the editors and staff of the PC magazines, and I would often visit them and blag items of hardware, manuals, software and magazines. And it was fun.

So one day, as I was on a raid to "PC Magazine", the editor, Tim Ring suggested that as I was writing more for the magazines than most professional journalists, I should join the union. So I did. Or at least, I tried to.

I sent in my application, being honest about the fact that I was doing this part time. And I was rejected, on the grounds that I was part time. I told Tim, and he said, "Oh well." And that was that.

Until the Great VNU Journalist strike. Tim asked me if I was striking also, and I explained to him that I certainly would have, except that the union had rejected my membership application, so I couldn't strike officially. Although I told him that in solidarity with the VNU journalists, I would only write for the other publishing houses until the strike was over.

Which wasn't much of a sacrifice, because with the editor on strike, the VNU titles weren't appearing anyway.

Anyway - that's how I know that being part of a union gives you more power than trying to strike deals from a position of weakness.
Posted by drsolly at 16:07 No comments: