What happens when you sell fake medicine?

Bishop Climate Wiseman of the Kingdom Church in Camberwell, London, claimed a bottle of oil and some red yarn would protect his followers from the virus. He sold his "plague protection kit" for £91.

Did anyone do a double-blind randomised clinical trial on this? No. Because that would be a waste of medical resources.

Just like no-one did a clinical trial on Violet leaf oil, or oregano oil, or raw onion.

There is now a statutory enquiry being held into the Kingdom Church.

Hopefully, someone will be prosecuted.

Alcohol is, of course, forbidden in Islam. But someone started a rumour that drinking high-proof alcohol would kill the virus. Absurd, I know, but other people have suggested injecting disinfectant.

So, lots of Iranians started buying and drinking high-proof alcohol. That in itself would have not done much damage, apart from awful hangovers, som alcoholism and no effect on Covid-19. But although it's easy and safe to ferment beer or wine, it is very dangerous to distil this to high-proof alcohol unless you know what you're doing. Because you can get methanol along with the ethanol, and methanol is poisonous.

Between February 23 and May 2, in Iran, there were 5876 hospitalisations for methanol poisoning, and 800 deaths.

Some people in America have somehow gotten the idea that drinking bleach will kill the virus. The problem is, it will also kill them. Yes, bleach kills the virus, and it's fine to use that on surfaces and toilets. But not to drink.

Texas hospitals report that they've had 46 cases of people drinking bleach. Apparently, they got the idea online.

In these days for fake news, fake medicines and fake everything, who do you believe? Some people urge "do your own research", but very few people have the resources to do a randomised double-blind clinical trial, and many of those would not know how to conduct such a trial, or why.

Watching youtube videos is NOT doing research. Watching a youtube video, gets you the opinion of one person, who very likely isn't medically trained or qualified. So who to believe?

Can you believe the government? In some countries, no. Some governments have a bias, and try to hide the truth - this would be governments of badly governed countries. For example, the South African Minister for health suggested treating AIDS with beetroot. For example, a US president suggested injecting disinfectant.

So, your first task is to find a medical authority that you can have confidence in. For me in the UK, that would be the NHS. In other countries, if you totally don't trust your own government, find a government that you do trust and take the advice of their medical people.

But oil isn't going to cure Covid-19, nor will alcohol, and nor will bleach. 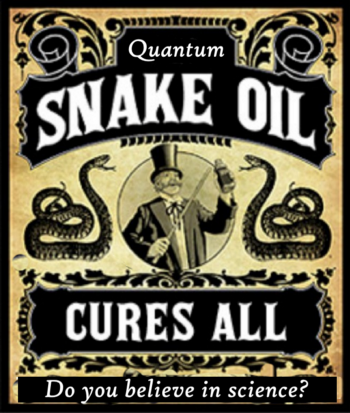