I tested each bridge by copying a 400 mb file.

The best bridge is, of course, the cat 5 cable, running from my office to the server room. The file copied in 9 seconds, which gives me 41 mb/sec which is 330 mbit/sec.

I tested the TP-Link-411 powerline, using two power sockets in the same room; that gave me 90 mbit/sec, which is the most I could hope for, since it was running via a 100 mbit switch. It gave me great hope, though, because it was really easy to set up. You just plug the TP-Link-411 devices into the power, plug in an ethernet cable, and press the button. Then you press the button on the other one, and they shake hands and they're ready to go.

But when I tried out the powerlines to the server room, which is on a different power circuit (I think), and is several yards way, I only got 12 mbit/sec. That's usable, but disappointingly slow.

Then I tried the Buffalo Bridge. That was very disappointing, I only got about 1 mbit/sec. 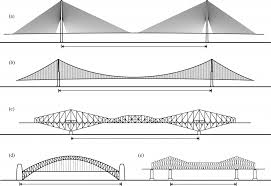