Day 394 of self-isolation - The Return of Ruth

The Return of Ruth

The robot vacuum helped a bit, but not much.

Neither ladysolly nor I are big on housecleaning. We vaccumed the house occasionally, and pushed the mop around a bit - that's what led to the robot vacuum and robot mopper.

Ruth caught Covid while she was on leave; she recovered just fine, but it shows that we were right to put her on leave. In February, both ladysolly and I got inoculated, so all in all, we're feeling good. We decided that when the number of new cases fell below 2000 per day, we'd invite Ruth back.

So she was back on Tuesday, and the Augean stables  project commenced. There wasn't a nearby river to divert, but a mop and bucket works well. 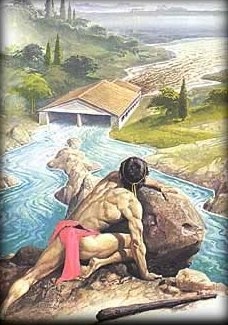