It was time to read my electricity meter, and tell the supplier (EdF) the reading. So I did that, and got 887,848. Which, compared with the previous reading, means that I now owe them over £120,000. Wait, what?

So I messaged them using their chat function, and they agreed that this looked wrong, and they told me to phone 0333 200 5103, which is their customer contact line.

20 minutes of hold music later, I got to speak to a nice lady. She asked for my customer number, but couldn't hear me, and after a few seconds, the line was hung up. I cursed quietly, but before I could redial, she called me back. Very nice lady!

I told her the tale, she agreed it looked fishy, and asked me for the type of meter. I told her all the details from the meter. She asked for a picture. We sorted out a method for me getting a picture to her. You can see that picture below (the top picture is the one with the torch illumination).

I don't know what "bob" is, but then look at the third digit, an 8 with dots in the middle of the loops. What's that meant to be?

Then look at the last digit, which is a backwards 6.

Clearly, there is something wrong with the display, or with the display electronics, or with the meter. She said that over the last several months, we've been using 193 kwh per day, which works out at an average of 32 amps, and that's a plausible number. Which means that my current meter reading should be 78793 or thereabouts. And definitely not 887,848. And that makes the bill £5000, which is probably right for six months usage.

She suggested that the meter be replaced with a Smart Meter. Smart meters automatically report their reading to the energy company, and then the cost can be direct-debited from my bank. So why wouldn't I want that?

Because if the smart meter gets it wrong (and clearly, meters can go wrong), then I could be debited £120,000 and then have to go into battle against the energy company to get it back. I'd rather query the £120,000 and get it sorted out without having to try to claw money back from a reluctant EdF.

Obviously, I'm willing to pay for the electricity that I've used. But I'm not willing to pay a random number based on a meter that obviously isn't working right.

So they're going to look into this.

My guess is that within a few weeks, they'll send a man around to replace the faulty meter. 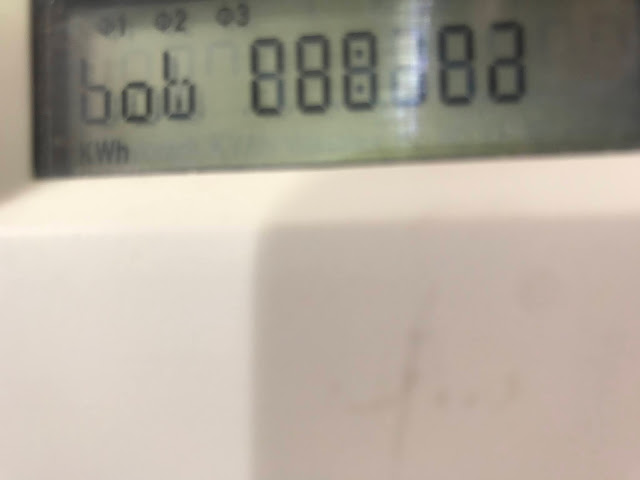 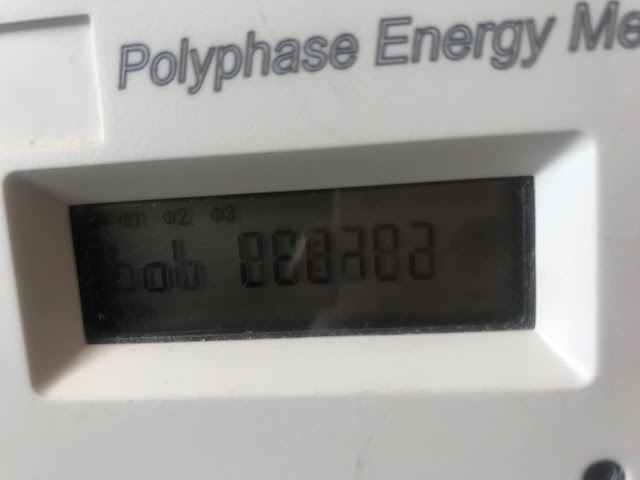