We're having a by-election on June 17, and we're getting flooded with leaflets. The latest is shown below. 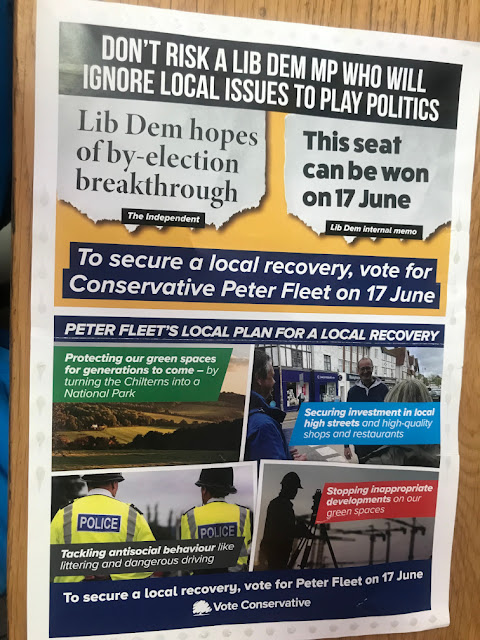 I was thinking of voting for the "Rejoin EU" party, even though they aren't going to win. Just as a protest vote. But this leaflet has convinced me otherwise.

The Conservatives think that the Lib Dems can win. So this Tory leaflet has persuaded me to vote Lib Dem.