This sounds like a good idea to me. Look at the kerfuffle that is still going strong in America, where a large percentage of the population think that the election was fraudulent.

In the UK, as in America, there is very little voter fraud, but we've seen now how even a completely baseless claim, can undermine people's faith in democracy.

The idea is that you show a picture ID when you vote (postal voting is a lot easier to secure). That picture ID would be your driving licence or passport. For those people without either of those, the government would provide a photo ID free of charge. 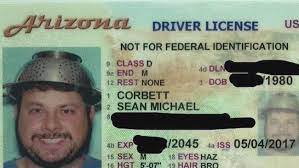