Maybe it's because I'm a Londoner.

The trip to London was excellent. I started off at Chiswick Park, doing about 10 caches, incluging the first V", which goes nicely with the first V1 that I did last week. 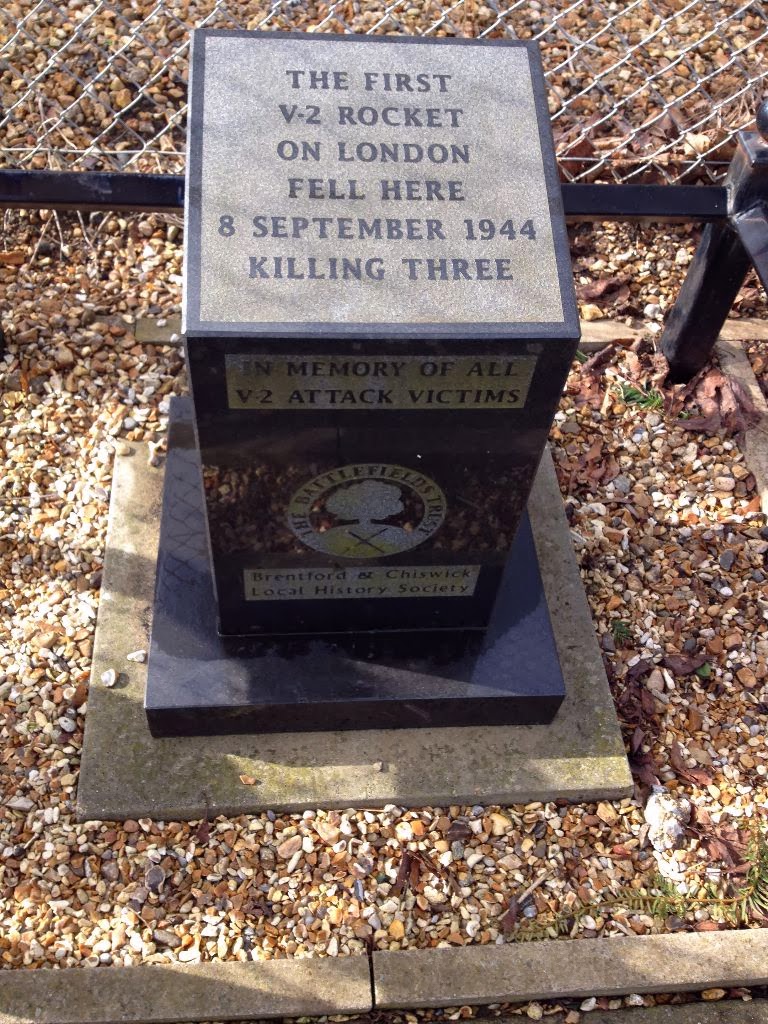 I also saw the Tardis; that's my bike casuallly leaning on it. 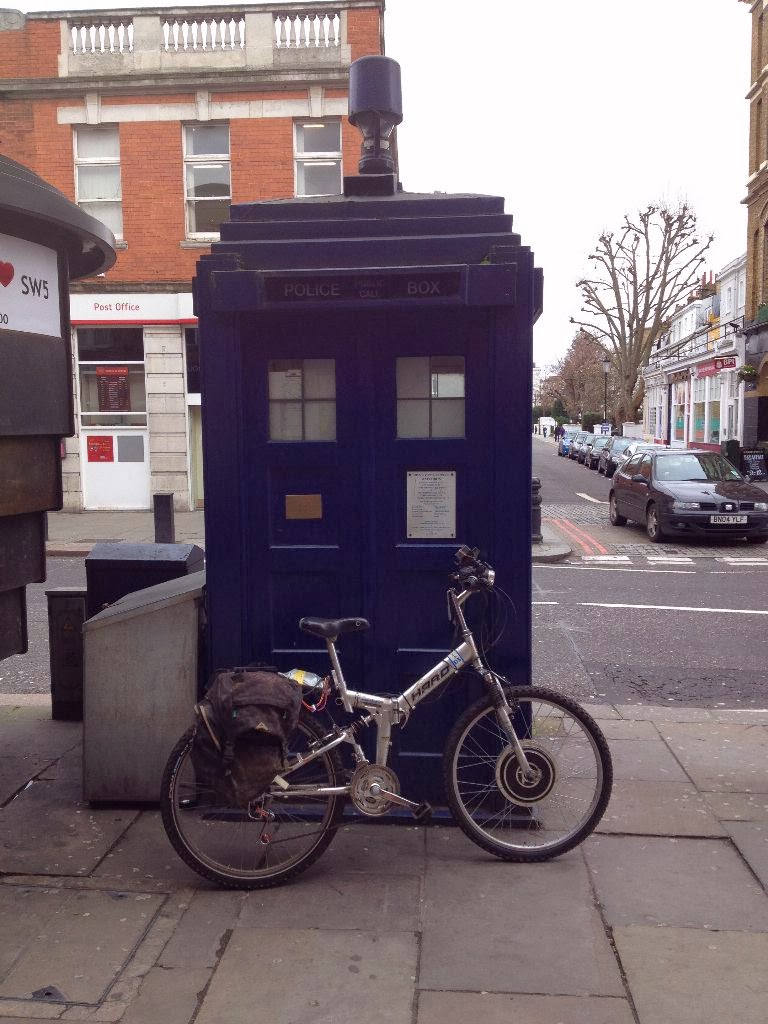 Then I visited the Russian Greek Orthodox Church, then I biked east to pick up several more on the way. I stopped at 12:00 to phone daughter.2, who had offered to take me to a salt beef bar, but I was cruelly diappointed when she offered me pizza.

Onwards to Hyde park; picking up the one I DNFed a few days ago in Belgrave square (I repkaced it), and then to finally, at last, eventually, finishing "Alien Invasion". Yay! And while I was in Hyde Park, I did "On your bike", since I was on my bike.

Then on to the BBC, where I spent ages pacing up and down to do "The World" while watched by a bored security guard. And then just as it started to rain, I biked back to the car. I used 4 1/2 of my 7 batteries and found 33 caches.

While I was doing something to my bike, three ladies walked past, and I heard a bit of their conversation. "I had this thing popped up on my computer, offering to upgrade my sky box, so I clicked on OK, and now I can't" and that was all I heard. Another snippet heard while in Hyde Park "he's got a very addictive personality." "Oh, is he back on the cocaine?" I didn't hear how that one came out either.