Another bash at the Cambridge Cachathon

Up North to Caxton today, despite the weather forecast.

On the bike; I tried something slightly new today. Instead of using the batteries in pairs, one pair at a time, I hooked up three pair in parallel, which should give me three tmimes the range. And it did; that worked well.

But the weather didn't.

Round about 2pm, I was freezing cold and very wet; it was sleeting. Sleet is a mixture of rain and snow, and so you can see how cold it is. I was thinking seriously about making a run for the car, and abandoning the remaining 20-odd caches in the circuit. I could barely feel my hands. But then the sleet eased up, so I carried on.

69 caches and one DNF, but the DNF had a redeeming feature. 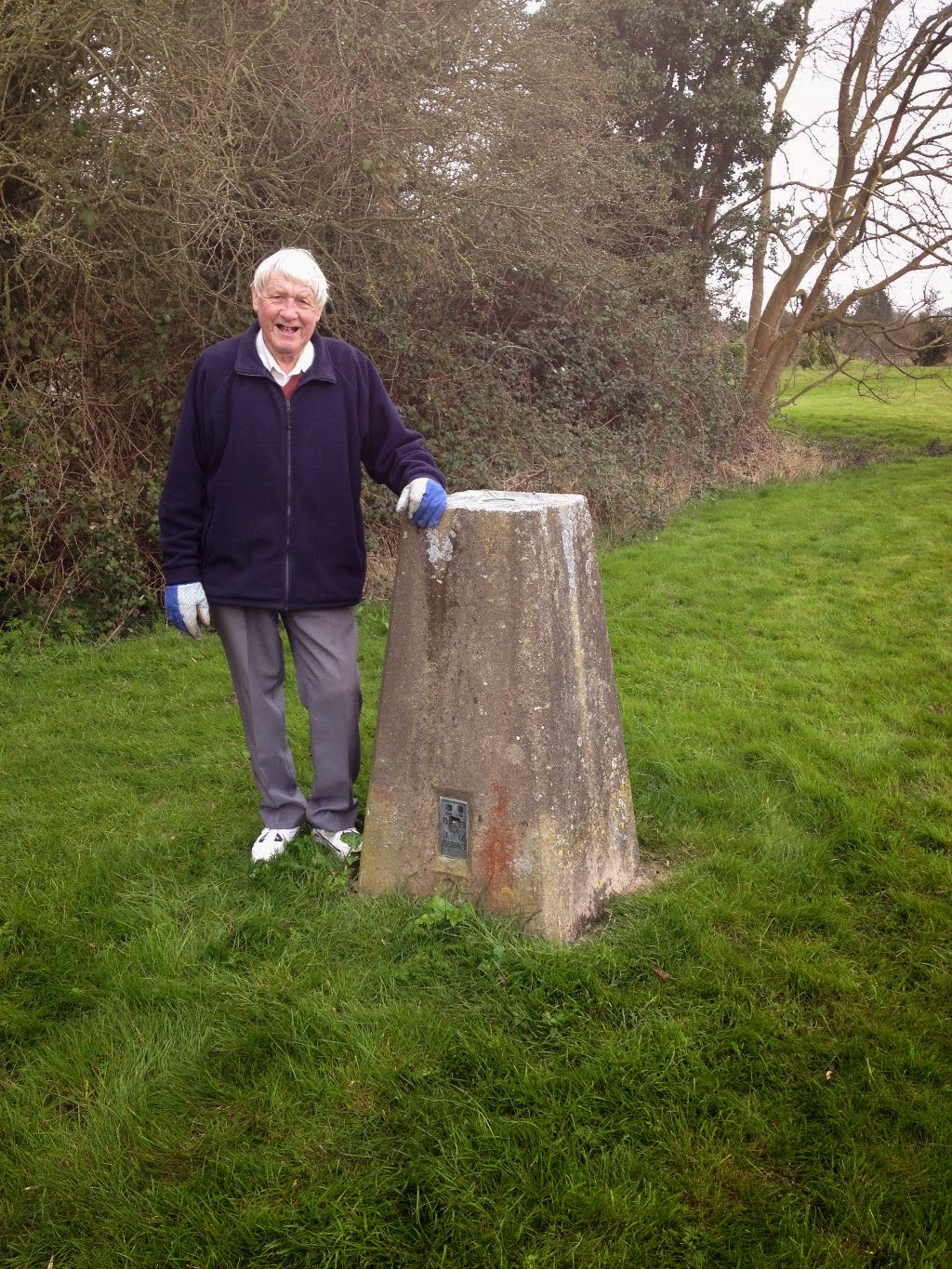 This is John, he was leaving the churchyard as I came in. He asked me what I was doing, so I told him I was hunting for a trig point. But he didn't know what a trig point was, so I invited him to come and see one, and then he posed next to it. I had a very interesting chat with him, he's lived locally all his life. But he didn't know where the cache was, and I couldn't find it.

Another problem; the on-bike voltmeter started showing me a voltage that was a third of the true value. Oh well, I was planning to replace it anyway with the new volts-and-amps meter.

The bike worked well; the removal of the iffy connector seems to have fixed the problem I was having.
Posted by drsolly at 22:04