I went up to Letchworth today, to do a ring that goes all around the town, and which adds up to around 100 caches. I told ladysolly I might be late back (I was) because I intended doing the magic 100 in a day.

On the bike, of course.

So I loaded up all seven batteries (in the event, I only used four) on my two large saddlebags, two bottles of water, sandwiches, spare PDA, charger for PDA, spare driver cable, emergency repair kit ... and pedalled out of the car park.

I had a problem immediately. The bike motor wouldn't start from stationary, and would only start helping when I was going fairly quickly. So I did several caches with that handicap, and then it cut out altogether. I tried changing the driver cable, to no effect. So I stripped all the tape off the junction box, and poked and prodded - no luck. I decided that the sensible thing to do was to not attempt the other 90 caches, but to head back for the car and go home, so that I could fix this problem and try again tomorrow.

On the way back to the car, the bike started working normally. I don't actually know what the problem was, but I suspect a loose connection. I'll investigate.

So, with a working bike, I carried on. Round about 1 pm, I'd done about 40 caches, and there was a handy bench, so I stopped for lunch, and to strip off two layers of clothing, because it was getting quite warm.

Then I carried on. Here's something nice I saw ... 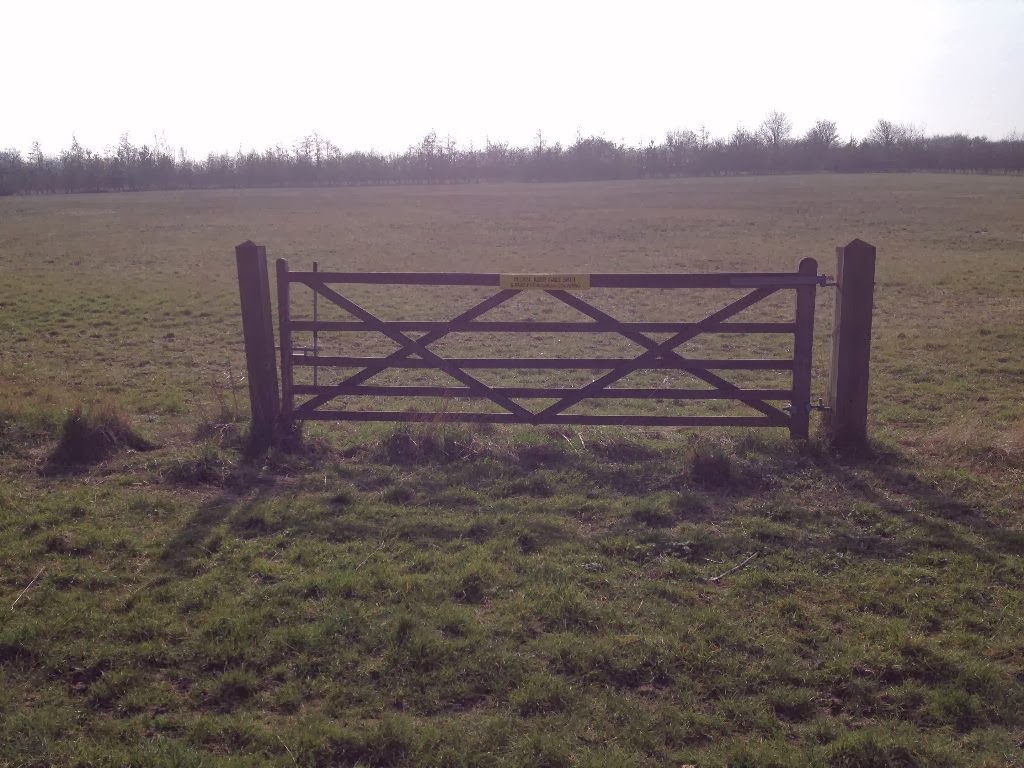 I continued round the loop, but I also did a few of the caches in Letchworth.

While riding along the tarmac, I must have gone over a bump at one point, because one of my panniers jumped and came adrift from the back rack. The car behind me had to put his brakes on sharpish! I retreived the pannier and reattached it, but I'm going to have to modify that pannier so that this doesn't happen again. It needs stronger hooks.

Around about 6:30, it started to get dark, but by then I'd done about 85 caches, and I continued on using a head torch. I've also got a nifty rear light, which I put on when I'm on a tarmac road, so that people driving cars can see me. I also have a rear red light on the head torch, and the bike has headlights, so if any car driver fails to see me, they must be blind.

I made a mistake with one of my batteries. I connected it to the bike for power, but I connected the battery monitor to a different battery set, which meant that those batteries weren't being monitored. As a result, I ran them down to 3.0 volts, which shouldn't be a problem (although my usual low level is 3.2). But I'm having problems charging them now. Maybe I can sort it out, but if I can't, replacing that battery pack will only be about £32. I need to set somethnig up so that doesn't happen in future.

An excellent day out, 104 caches done. And I'm knackered.