North to Denton today, to take bike.1 on it's first big ride since I put in the new wheel and other kit. It went well, although I made a list of ten small changes that I want to make on the bike.

The only problem was, of course, the wetness. Weeks of heavy rain have left water water everywhere, especially on bridleways. Some of them were so soggy, I had to walk the bike.

First I went down Sewstern lane, which was just about ridable. Then along a dismantled railway. I always like those, usually the surface is good and there's no gradient.

But it wasn't a good surface. Look: 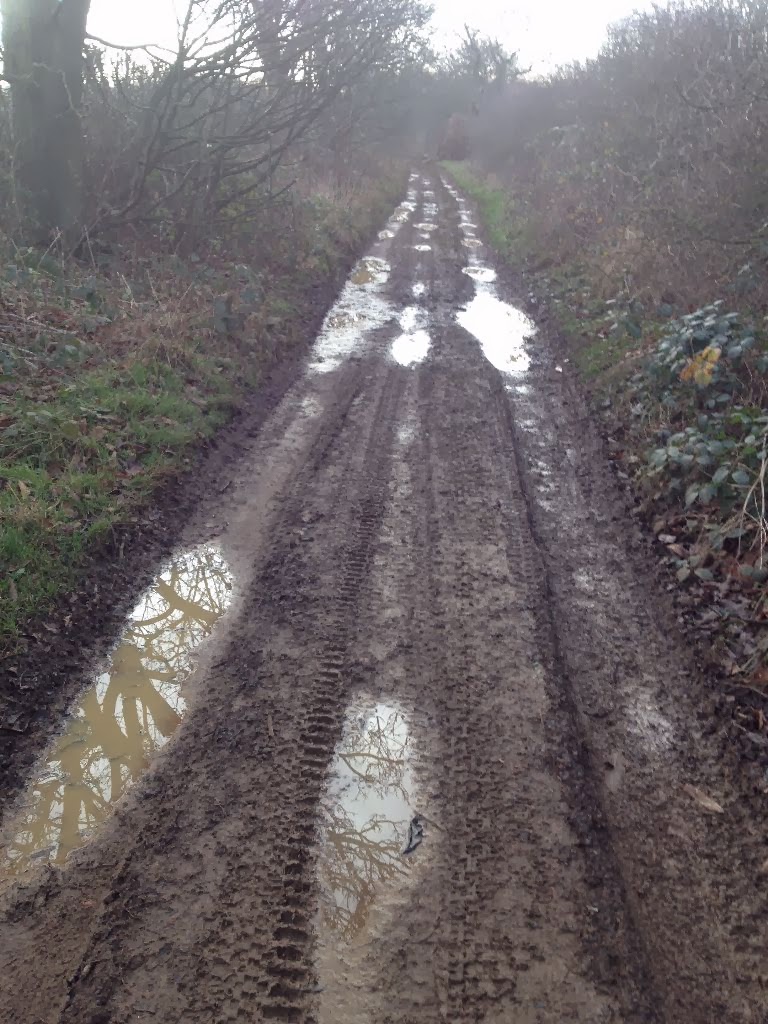 Eventually, I got to the Grantham Canal, and biked along the towpath; that was an excellent surface, and I made good speed. When I got to the Grantham end of the canal, I left it and went back via the A607. a good fast road, and I was able to pick up a couple more caches on the way back to the car.

I got back to the car just as dusk was falling, about 4pm, so I had lunch, and debated whether to do some more caching. I decided to continue, so I went up the Viking Way (very bad surface, I was mostly walking the bike), which got me back to the canal, where I went east to Woolsthorpe Wharf. By then, it was past six, it was raining, and I was feeling rather tired, so I biked back to the car and went home.