On the whole, I'm in favour of the monarchy, although I suspect that Big-ears will soon be a good reason to lean the other way.

But I'm also in favour of the right to protest peacefully. Holding up a placard saying "Not my king" or "Abolish the Monarchy" should be the right of everyone. And there should be no restriction as to when this sentiment can be expressed - indeed, the death of Elisabeth II is an obvious time to make this point.

So why are the police arresting, or moving on, people who are simply holding up a placard?

This is wrong. Very wrong. There should be an enquiry to find out who told our long-suffering police to act in this way, and whoever was the cause of this policy, should be moved far away from policy-setting. 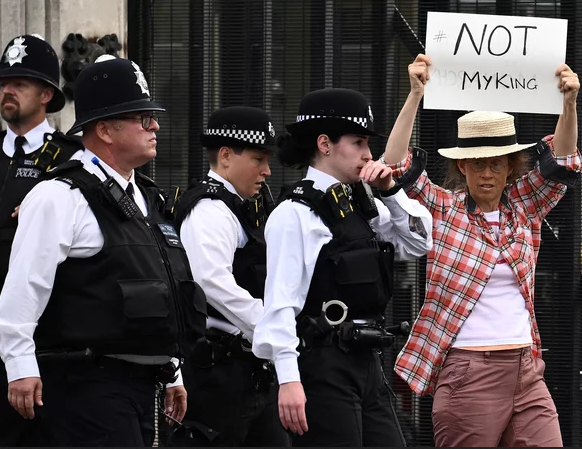