A grand day out

A grand day out

November 7th is the birthday of daughter.2, so we went to the Dorchester for a celebration. We were sat in a room just next to the kitchen, which apparently is a great honour. It turns out that kitchens aren't walys places where there's lots of panic and much swearing.

There were about a dozen of us, and we started off with a present to me from daughter.2. She'd just been to Disney, and got me an upgrade to my Wizarding Hat, which was great because the old one was too small for my head and kept falling off, plus this new one has flashing LED stars all over it, and will be my Christmas Hat for many years to come.

There were seven courses, including two kinds of artisan bread (they counted the big crisps as bread).  A far cry from the bread trolley that we used to get at The Grill there, where you used to be able to get a big meal for £20, now £75. That's inflation for you. Also, there was no dessert trolley.

The chicken, we were told, came from Norfolk. "Very flat, Norfolk," I told the chef. The beef came from there too.

This was my first major outing since 2019, what with Covid followed by my major liver resection operation. I drove us to daughter.1's flat, and parked there, then we got an Uber to the Dorchester. I thought I'd have trouble eating so much, but it all went down just fine, which shows that I've got my full appetite back. Also, I was a bit concerned about possibly falling asleep during the meal, but that didn't happen either.

I was asked "Which is your favourite child", which is usually an impossible question, but I found a neat answer, pointing at the two daughters ... "Neither of those two."

Some of us got rather tiddley and there was quite a lot of veritas in the vino (there were seven different wines, one for each course). I stuck to water, because it's "be kind to my liver" this year. 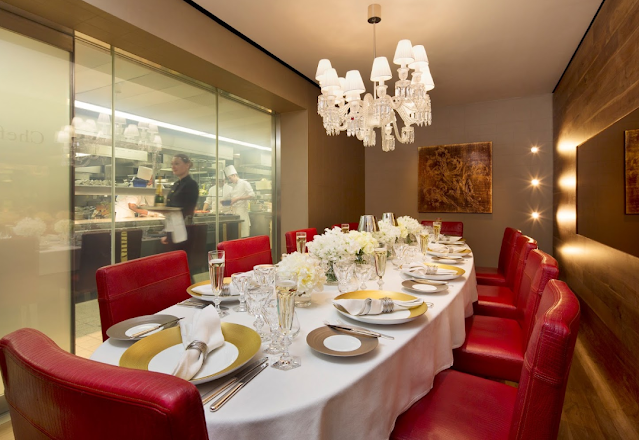