Day 568 of self-isolation - The Machine Stops

First of all, it isn't just me. The internet has lit up with people reporting Facebook, Whatsapp, Instagram being down. This started at about 4:45 BST, October 4th. It's a worldwide issue.

I did a "whois". This reveals that Facebook's domain registrar is registrarsafe.com. And that's also down.

I would imagine that the system admins at Facebook are running around like headless chickens, but unable to do anything because the problem is at  registrarsafe.com - which is a wholly owned subsidiary of Facebook.

Somewhere there is a domain name server that should be translating "facebook,com" into an IP address, and it isn't working.

So if you're relying on "the cloud" for anything important, you should always remember this. You are relying on Someone Else's Computer.

... update ... so far it's been six hours and counting. ALL of Facebook, Whatsapp and Instagram users are cut off from these services. Six hours means that it's a major problem. Even a total hardware failure shouldn't last for more than an hour.

If I were the Facebook Network admin, I would not have set it up this way. Facebook etc, have a single point of failure. They have one DNS service, registrarsafe.com. When this is all over, I expect to see a pile of skulls outside Facebook's offices. 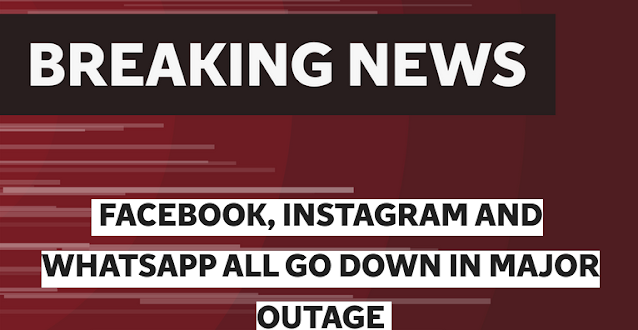