From the start of this pandemic, some people have been desperate to pretend that there's an easy, cheap answer.

They're right, of course - the easy cheap answer is to get vaccinated, with one of the tested and approved vaccines. But some people (and I don't understand why) refuse the easy answer, and are looking for something else.

It started with Hydroxychloroquine (HCQ). Donald Trump needed something so he could claim there was a fix for the pandemic. HCQ could kill the virus in a glass bowl - but it wasn't effective in people. That lasted for a few months, but then we saw all the studies that showed that it wasn't a useful remedy. The next attempt was ... disinfectant. Or strong light. And yes, once again, those would kill the virus in a glass bowl (in vitrio), or kitchen and bathroom surfaces, but no-one would be insane enough to inject disinfectant. Would they? It turned out that there were a few people who fell for that one, adding to the hospital occupancy.

The current scam is Ivermectin, which is a useful medicine for deworming horses. So, some people (mostly Americans) are rushing out and buying horse medicine, dosing themselves with it, and ending up in hospital with poisoning.

In August 2021, the state of Mississippi announced that 70 percent of recent calls to poison control centers were due to people taking Ivermectin in a dose formulated for large animals.

I've heard some people claim that they won't take the vaccine because they don't know what's in it. I wonder if they know what is in Ivermectin? 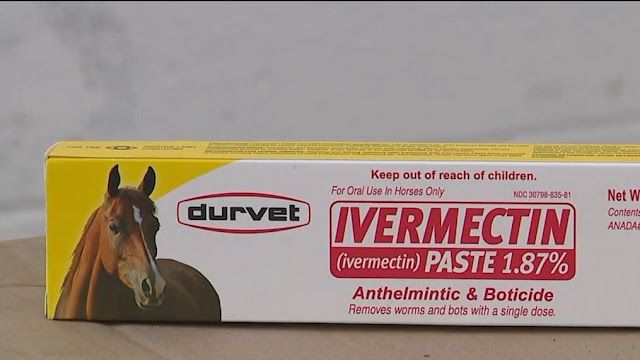