I found a video that gives a very good how-to on dismantling , cleaning and repairing a model M keyboard. And another that does much the same, but also gives a parts list. And when I looked, there were tons of these, which shows that this is a very common practice. I once dismantled, cleaned and fixed a model F (the IBM PC keyboard) and it worked well afterwards.

So this is going to be my next project.

I have three model Ms that are faulty. In one, the b,n,/ and space bar don't work. In another it's the two ctrl keys and the two alt keys. In another, the space bar is unreliable.

The problem with the model M disassembly, is that the backplate is riveted on to the key base, with plastic rivets, and if you cut off the rivet heads, you can't rivet it back. But you can replace the rivets with nuts and bolts. You need:

I bought 100 of each on eBay, in stainless steel, for under £10. I also bought a 1/16" drill bit, to drill out the rivet cores. I already have the 4mm socket spanner (for the M2 nuts) and the screw driver. I also have the 5.5 mm nut driver for openng up the keyboard, and the chisel for scraping off the plastic rivet heads (or I could just use a sharp knife). And I have a drill press and drill, for drilling out the rivet cores so they can be replaced with the bolts. I also bought some silver paste, so that if any of the traces are cut, I can paste over them with conductive paste.

The whole operation looks a bit fiddly and detailed, but it's so common, it has a name - the bolt mod. 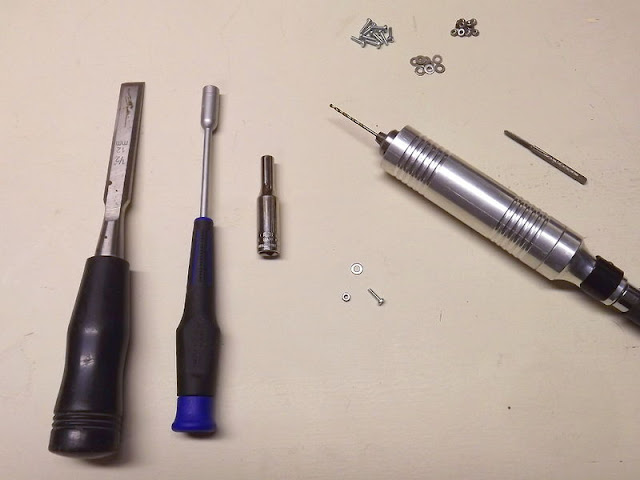