My first PC keyboard was a model F. The layout is very different from a model M, and the interface is very different.  I was able to find a converter to deal with the interface, so I was able to connect it to my HP xw6600 and it worked. But the layout is so different to the model M, I don't think I can use it. My fingers know where to go on a keyboard, and if a keyboard is significantly different, it really bothers me and slows me down.

That's a pity, because the feel of that keyboard is even better than the model M.

And it still works. But the layout isn't close enough to a model M for me to feel happy with it. Yes, I could get used to ut, but all the other keyboards I use are model M, and I'm not going to become accustomed to three model M and one model F.

Maybe I'll use it one day. 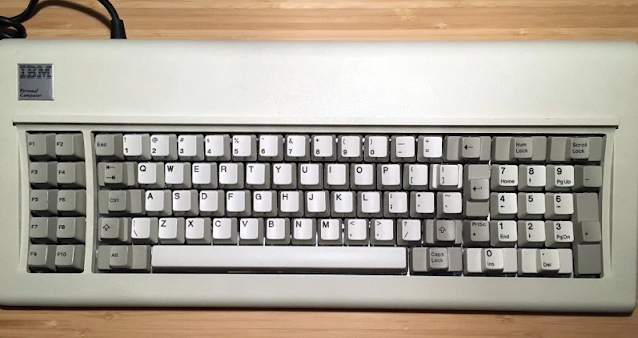