With the weakness in my left eye, I thought that a magnifier might help. So I bought a Fresnel lens on eBay. It means I get a flat, light magnifier, and it also has LED lights. The magnification is x3

So it was a nice idea, but the implementation wasn't good.

Then I thought, suppose I connect a camera to a screen, and magnify digitally instead of analogue with a Fresnel?

So I looked and found "Magnifying Glass + Flashlight", a free app in the Apple store. I installed it, and it's rather good. It makes it possible to read text on a page with my left eye, but the magnification has to be x5 and it doesn't get much of the page at a time.

Maybe I'll work on this a bit. 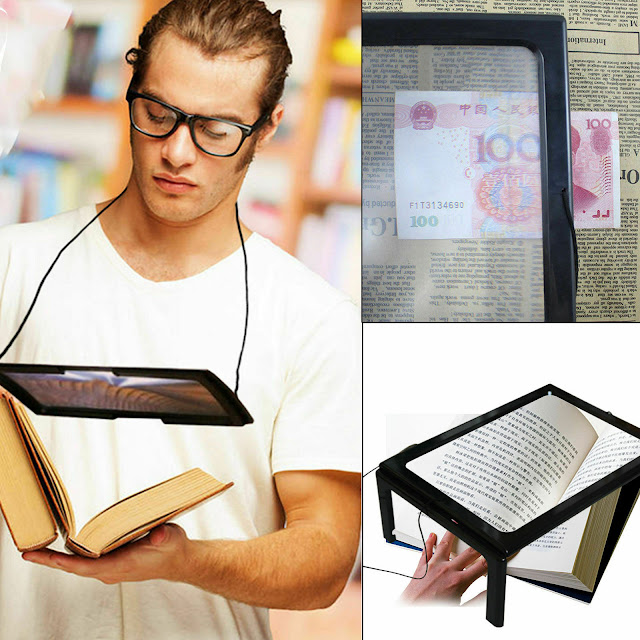