Day 473 of self-isolation - Batley and Spen

Labour's Kim Leadbeater won, but only just - by 323 votes. It would have been a lot more, but there were local issues - Palestine and Kashmir.

George Galloway (Worker's Party of Britain) got 8264 votes by targeting voters on the issues of Palestine and Kashmir. 20% of the constituency is from the subcontinent background; 19% are Muslims. And these are issues very close to their hearts. And I think that most of Galloway's voters come from Labour, rather than Tory. So Galloway split the Labour vote.

In addition, Kim Leadbeater is openly gay, a factor which was emphasised during the election. , This is a major negative factor in Islam.

But it's unlikely that this could be replicated in a general election; the issues of Palestine and Kashmir are not ones that would resonate with most voters, and there's only one George Galloway.

This probably means that Keir Starmer isn't going to be challenged as Labour leader - he can continue to cling to the greasy pole. 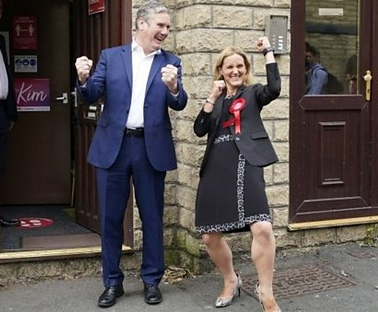