The major European countries have suspended the use of the AstraZeneca vaccine, because of worries about blood clots. Blood clots can lead to deep vein thrombosis - or worse.

AstraZeneca have denied that there is a problem (they would say that, wouldn't they?) and so has the WHO.

The company had said the 15 incidences of deep vein thrombosis and 22 events of pulmonary embolism reported among those given the vaccine, was “much lower than would be expected to occur naturally in a general population”.

Blood clots do happen naturally. I had one a couple of decades ago; my knee joint was under so much blood pressure because of that, I couldn't bend the knee. The upshot was that I got tested, and it turns out that I have genetic factors that make my blood clotting better than average. That's good if you're chasing down mammoths for food, but not so good is you live a sedentary modern life.

One thing that is important, is to notice that vaccine testing doesn't end with the phase three trials, but continues during the vaccine use.

So is the AstraZeneca vaccine safe? I'm not going to guess. All I can do, is follow the research on this. But this is a real shot in the arm for the anti-vaxxers.

Also - the EU has launched a legal action against the UK on Northern Ireland. They are claiming that we are breaching the agreement that Boris signed.

This because we have, unilaterally, extended the "grace period". 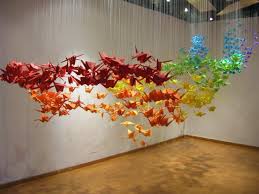