I got another scary VAT letter from Germany. All VAT letters are scary, but the German ones are the worst, because they're in German. But after I translated this one, it wasn't scary.

Last October, I paid my VAT as usual (every three months). I pay VAT to the UK Vatman, and I pay VAT to the other 27 EU countries via a system called the "Union VAT Moss scheme". I work out the VAT, they believe me, and then I pay it. This system only works because everyone is honest.

My mistake was to pay to the UK VAT account, instead of the the UK VAT Moss account.  And I didn't realise it until I got a scary French VAT letter \(in French) demanding payment. So I paid them, then contacted the UK VAT Moss people to find out what had gone wrong - and that was when I found I'd paid the wrong account.

No big deal - I think this must happen a lot. And so they transferred the payment from UK VAT to UK VAT Moss, and paid the EU-27 countries (except France, because I paid them separately).

And I thought, that's drawn a line under that.

So, today I got another scary German VAT letter. On translation, I think they were asking for my bank details, so they can do a refund. I hope that's what it says. So I gave them my details, except that this is all being done by snail mail, so nothing will happen for a while.

This problem won't happen again, because we left the EU. However - even though we left the EU, it looks like I still have to pay EU Vat, which I don't comprehend. Why am I paying taxes to a foreign country, about which we know nothing?

Because we left the EU, I can't use the UK VAT Moss scheme - I have to sign up for a non-union VAT Moss scheme in a foreign country. I chose Ireland, because I think they'll be using English for communications. My next VAT payment, therefore, will be to Ireland, an in future, I'll be paying VAT to Ireland in Euros (and anything I buy will be in England, so I'll be reclaiming VAT from our own dear HMRC).

Why is it all so complicated? 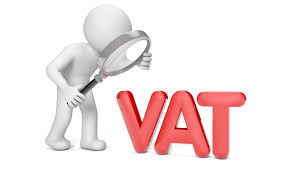