If that sounds surprising, then you need to read more about evolution.

A variant that is better able to withstand the antibodies of the host, will flourish more. Or if it is able to transmit from host to host more readily. From the virus point of view, if it can generate a heavy infection with many virus particles starting from a small virus load, that would be great. Resistance to antibodies - even better.

I am, however, optimistic about future vaccines. It should be possible to create a vaccine that's effective against the South African variant. In perhaps a year.

We need to speed up the development and testing of vaccines. Evolution isn't going to stop.

Back in 1988, computer viruses appeared very occasionally. I remember at one point the AV tech people were wondering at the fact that a whole month had gone by without any new viruses. And it was possible to write code to deal with each new virus, to debug that code, and to test it for false positives and false negatives, and if that took a month, no problem.

But by 1990, they were arriving thick and fast, and that's why I invented "Virtran", a way to describe to the Virtran engine, how to find, give exact identification, and remove each new virus. With that, the development time for dealing with a new virus was reduced from days to minutes. I got the Queens Award for Technology for that (I still have the plaque).

The automated system for sorting out true viruses from rubbish files was another development to speed things up, and when polymorphic viruses started to appear in numbers, the "Generic Decryption Engine" was able to shorten the development time for the "nuke Encryption Device" from a week don to a few minutes.

We need the same for biological viruses. We should be expecting Covid-19 and the influenza virus to need us to update our vaccines pretty often. And we need to react to the next big pandemic with a vaccine in weeks, not about one year.

That will be expensive.

But not nearly as expensive as it will be if we don't. 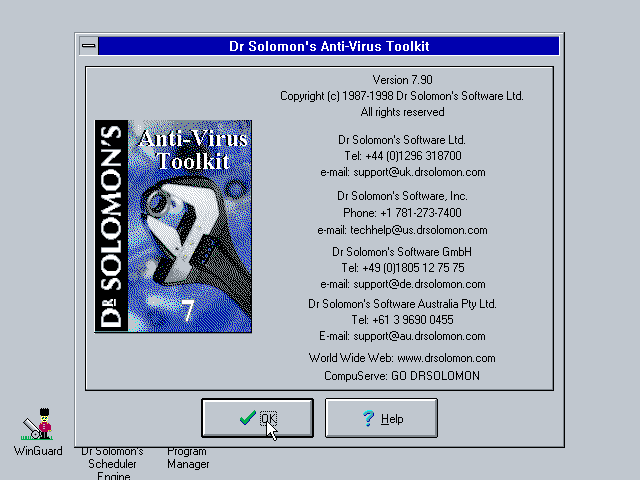