Day 320 of self-isolation - The Irish question

So the eventual bodge was to make NI part of the Single market, while the UK is not. It was always going to fall apart, but no-one expected it to fall apart a month after it was set up.

It's all about vaccines, because right now, vaccines are more valuable than gold. The manufacturers aren't making as much as they hoped, which was always a strong possibility, which is why the contracts were all about "best efforts". But how should they distribute the smaller-than-expected amounts that they have made?

The contract isn't clear. It's almost as if no-one thought this might happen. So the UK is saying "first come, first served", because we signed the contracts before the EU did, so we're the "first come". The EU says "it isn't that simple" and are now keeping tabs on what vaccines get exported from the EU. ANd since the UK isn't part of the EU, shipments to the UK count as exports.

But what about shipments to NI? Single market, so they shouldn't be affected. But you know and I know that shipments to NI could easily end up in England, Wales or Scotland. And the EU knows that too, so the EU invoked article 16 which allows parts of the deal to be unilaterally overridden.

So how will this be resolved?

So vaccines can still move freely from the EU to NI.

Which means that NI vaccines don't need to come from the rest of the UK (GB), and maybe some enterprising businesses will export vaccines from NI (one part of the UK) to England (another part of the UK. Because what would stop that happening?

But the threat of article 16 is still on the table, if we do export vaccines from NI to GB.

And if we get caught. 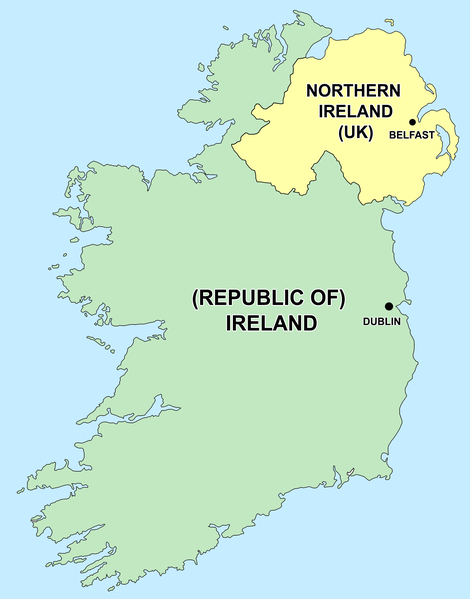