Day 310 of self-isolation - America is turning the corner

America is turning the corner

I think that the most important statistic today, is the number of people hospitalised. It's important  because of the hospitals get swamped, and people can't get hospital treatment, many who might have been saved, will die. 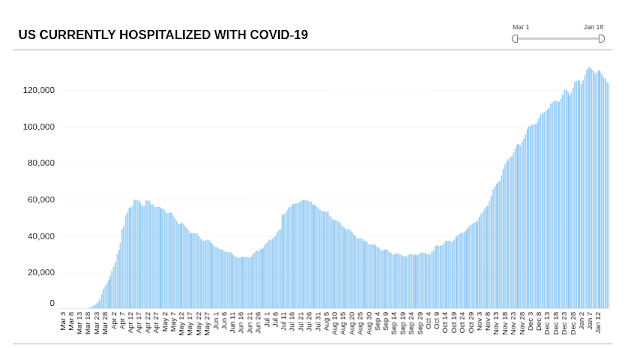 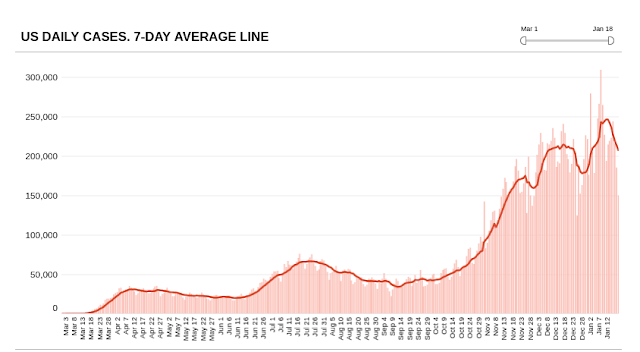 Death numbers lag behind these figures by a few weeks, so death numbers in the USA are still horrible. But we can hope that they will follow hospitalisations downwards. 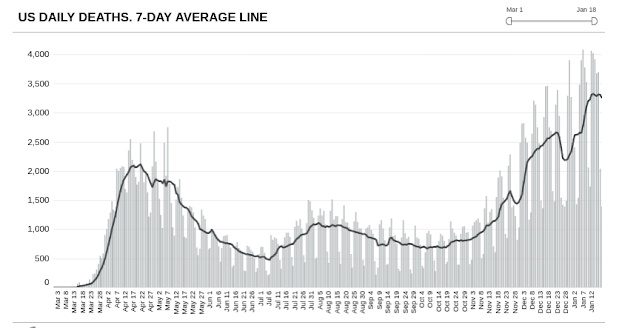 On 20th January, the new president is inaugurated, and can start to take control. One obvious difference is that whereas Trump promoted non-masking by his personal example, Biden takes the opposite line. It's hard to believe that a medical issue like mask-wearing, has become so heavily politicised in the USA.

But whoever claims credit for getting us out of this pandemic (and many politicians will), the true heroes are the nurses and doctors who risked death every day to give medical care to those who needed it, and the scientific community that developed and tested a vaccine in such a short time.