Two months ago, there was a flash and a bang and our heat pump stopped working.

And then in summer, the mass deep underground warms up again, so we can do it all again next winter.

So after the flash and bang, we got the expert in. He said we need a new heat pump. So we ordered one. It comes from Sweden.

It arrived after about a month, but when we looked in the back of the delivery lorry - it had fallen over. These things are about six foot tall, and two by two on the base. And they are top heavy. So after consulting the company that sent it, we refused to accept the delivery.

For the first month without the heat pump, we used electric heaters. But that's an expensive and inefficient way to heat a house, so we switched over to gas, using portable Calor gas cylinders - propane. Each cylinder would last us about five days, and then we had to change cylinder. But those cylinders are heavy. About 70 pounds each. I use a porter's trolley to move them around.

So today, after about two months without our heat pump (and therefore without central heating) the replacement arrived.

The driver unloaded it. It was on a pallet, so he used a hand truck to move it, and the tail lift of the lorry. It only just fitted through the garage door, that's how high it is. And it weighs about 800 pounds, so manhandling it isn't an option.

So it's now sitting there, waiting for the installers to move it to the place where it will live, and then plumb it in. 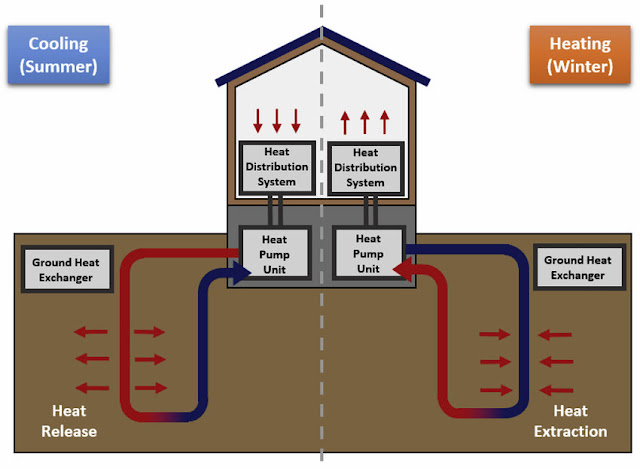