The first piece of good news is that my weight was down to 15 stone 12 this morning. OK, it isn't world shaking, but I'm pleased.

More importantly, clinical trials have shown that two drugs, tocilizumab and sarilumab, in conjunction with dexamethasone, reduce the risk of mortality for people going into intensive care, by 8.5%.

More good news - Trump has been banned from Facebook, his Twitter account locked, Snapchat blocked him and his online shop has been closed by Shopify. He went too far when he incited revolution against the US Constitution. The revolution failed, and Trump has paid the price. Without his Twitter account, he's just another old man mumbling about "Could have been a player".

Wednesday deaths were 1162, just four short of the worst so far. We are now reaping the consequences of the 50,000+ per day that we've been seeing for a week. And now we're also seeing the results of the Christmas break.

In America, deaths have gone over 4000 per day. And 261 thousand new cases. But no-one in America is watching Covid, because of the political insurrection that happened on the 6th of January.

In the riot in Washington, four people died.

Trump is, apparently, mostly upset about being locked out of Twitter. 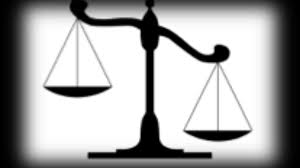