Day 272 of self-isolation - The Trump scam

What is going on with American politics?

On November 3rd there was an election, to decide who will be president for the next four years; also to elect a bunch of other senior federal politicians.

Joe Biden (Democrat) won by a landslide. The American system is weird. Each state has a number of people to send to the "Electoral college" which consists of 538 people. In most states, it's "winner takes all", and whichever party has the most votes, all the electors for the college are for that party. Biden got 306 votes in the Electoral college, Trump got 232. You'd think that would be the end of it, but not quite.

There is also the "popular vote". This doesn't matter, constitutionally, but Biden got 81 million votes to Trump's 74 million.

All the polls leading up to the election were for a Biden win, so it was no surprise that he won. But there are states which, if they had gone the other way, would have given the election to Trump. In this case, that was Arizona, Michigan, Minnesota, Pennsylvania, Nevada, Wisconsin and Georgia.

So Trump refused to believe that he had lost (or pretended to). And started up court cases alleging fraud. After some 50 cases had been dismissed, because in every case, allegations were made but no evidence was shown.

So what are the allegations?

1. The Dominion counting machines have been corrupted. No evidence for this has been shown. And in Georgia, the votes were recounted by hand, and gave the same result (with a 0.1% difference, not enough to change the result).

2. If you stopped counting before all the votes were counted, Trump was ahead in a few states. But so what? You have to count ALL the votes, and when that was completed, Trump had lost. Trump himself puts great emphasis on this issue.

3. The rules were changed to allow more people to vote by mail, because of Covid. There was a challenge that claimed that the rule change was illegal. Challenge dismissed.

4. And finally, the state of Texas brought a case to the Supreme Court (Scotus) against election procedures in Georgia, Michigan, Pennsylvania and Wisconsin. The plan was, toss out all the votes in that election, and let the (Republican) state senate appoint the electors. So those states would vote Trump instead of Biden.

They did a calculation that claimed that in each of the states, the odds of Biden winning were 15,000,000,000,000,000 to one against, meaning that it's pretty much impossible. But as ever in mathematical proofs, you have to look at the assumptions behind the figures, and in this case, the assumptions were that voting patterns would be the same as in 2016.

And that's a daft assumption. We KNOW that there was no pandemic in 2016, and that in 2020 the pandemic affected voting in at least two ways. 1) Trump fumbled the response, and 2) People would have a stronger preference for not voting in person. And the people who were being realistic about the pandemic (the Democrats) were more likely that the Republicans to vote by mail.

Bottom line - if we could assume that each election should be like the previous one, there's no point in having elections.

So, now that Scotus has tossed the lawsuit, will Trump give up? I don't think so.

So far, Trump has made a quarter billion dollars out of donations by Trump fans to fight the election results. That's a good bundle of cash, so why would he stop now?

The scam will continue, I think. Trump supporters will continue to self-fleece, especially if Trump continues to hold out the hope of reversing the election results.

But then it gets worse. There is talk in Texas of seceding from the USA, an idea that worked really badly in 1863. And even if there is no civil war, if half the US states (the Republican states) split off from the Democrat states, then the division of America becomes set in stone, to the delight of Americas enemies everywhere. When Russia set out to help Trump win in 2016, they couldn't have imagined such a huge result. 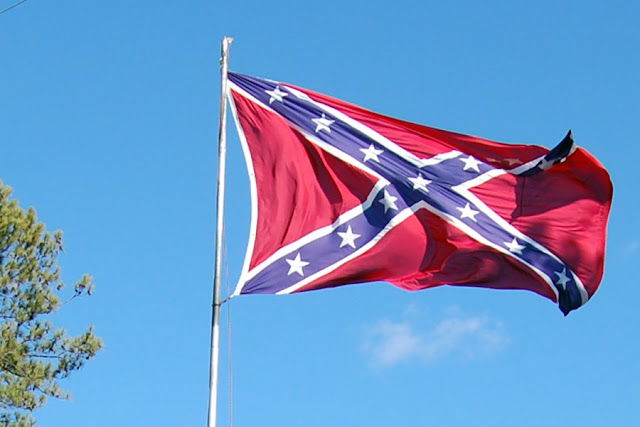