BT just called me. They explained that land lines will be shut down in 2025. Goodbye POTS (Plain old telephone system), officially called PSTN (Public Switched Telephone Network). After then, phones will be VOIP (Voice over Internet Protocol)  which means that you'll need an internet connection. ISDN is also going. I used ISDN for a while, because it gives a reliable 64 kilobit link, which at the time was pretty good. That was 20 years ago.

So we have a few lines. One for the alarm system, and two for ordinary use. I used to have several more; DSL (broadband) lines that I used for backup.

I'm not surprised. It's far more efficient for voice calls to be packetised and share a link, than to have a pair of wires leading to each phone.

We have a small switchboard, from Panasonic. I strongly doubt if that will work with BT's cloudphones.

So I checked the pricing. BT want £13/month plus VAT per user, plus £100 connection charge. And in addition, you have to have the internet connection.

Vodafone charge £6 plus vat for a sim-only mobile, unlimited minutes and texts, 2gb data. 3 offers deals from £5 per month.

So why shouldn't I go for the cheaper mobile deal? I don't really see any good reason. We could get two mobile phones, and just keep them, in a charger, in the place where we usually have our land phones.

And ... I already have just the right phones. Many many years ago, I used a Nokia  6310i. It does phone calls. It receives texts and if you stretch a point, it can send texts. It isn't a smartphone, but it's a phone. And the battery lasts a week if the phone is switched on; months if it isn't. We can use those. And if those aren't good enough, I have a bunch of smartphones that are obsolete, but still work fine.

Or - do we really need a line at all? We each have a mobile phone, and most of the calls to the landline are scams or spam.

I think that when BT stops POTS service, they will just lose my business. 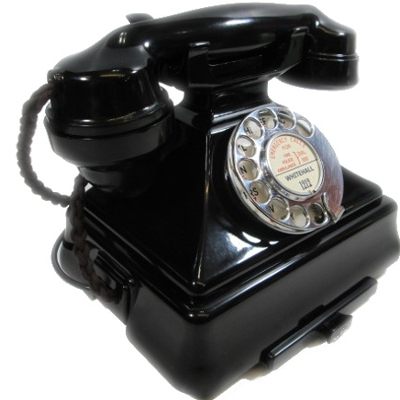