A day that will live in infamy

Before then, America was deeply divided on the question of whether to join in the World War, which at that time was looking like a victory for the Nazis.

That attack immediately changed the mind of Americans; America declared war on Japan. But not Germany, and it wasn't certain that America would also declare war on Germany. Hitler solved that problem by declaring war on America, a spectacularly stupid thing to do.

And so a unified USA entered the second world war, and played a major part in the eventual victory, four years later.

We're seeing more than that every day. In each one of the days of December 1, 2 and 3, more Americans were killed by the virus, than died at Pearl Harbour.

You would think that this would unite Americans against the virus, but no. America is more deeply divided today than at any time since the Civil War.

Americans are focussed on everything except the virus that is killing more Americans than Pearl Harbour, every day.

Americans have lost trust in each other, in their government and in their health services. Conspiracy fantasies have replaced reality. The inability of Americans to think critically, has become fatal.

God bless America, because He's their only hope now. 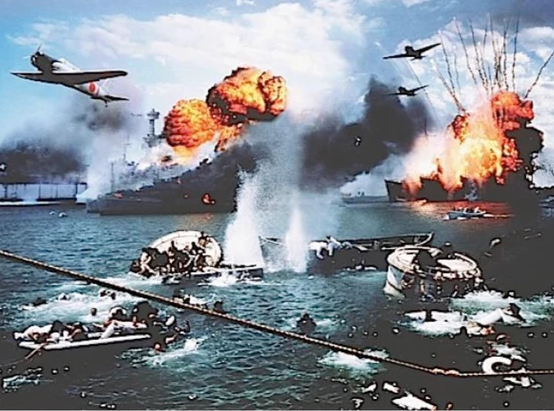