Day 265 of self-isolation - The Great Smog of London

The Great Smog of London

From 5th December 1952 until 9th December, a thick layer of smog covered the city. A "pea souper".

At least 4000 people died as a result; another 6-8 thousand died later as a direct result. 100,000 were made ill by the effects of the smog on the respiration system.

The cause of the smog was the burning of poor quality coal (which is cheaper), plus a temperature inversion trapping cold air in London, and there wasn't much wind.

The reaction to the smog was the Clean Air acts. People were encouraged to burn "smokeless" fuel; coke or gas. But that didn't solve the problem, because coke and gas were produced by burning coal. It simply moved the problem from the location of consumption, to the location of the production of these fuels.

And then it all happened again in December 1962, killing 750 people.

But these days, although we often see mist (which is just water droplets in the air), we don't see smog, or even fog.

This is because of the Clean Air acts. These were the first examples of environmental legislation; a recognition that people should not be free to do things that are likely to harm other people, even when that harm isn't immediate and obvious.

I remember that in our house, we burned "smokeless" coal and paraffin to keep warm. 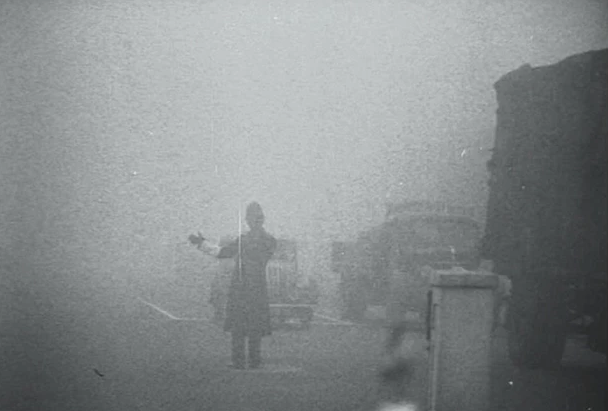