Day 262 of self-isolation - The Pfizer vaccine is approved

The Pfizer vaccine is approved

The Pfizer/BioNTech vaccine (developed in Germany) has been approved by the UK medicine's regulator. 800,000 doses are on their way to us, mostly from Belgium. We've ordered 40m doses, enough for 20m people. Let's hope that the Brexit fandango doesn't interrupt supplies after December.

The first to get vaccinated, will be care home residents and workers, and healthcare workers, because these are the people most at risk. Then over-80s, and then down the age groups.

Transport has to be at -70C, which is dry ice temperature, but after that it can be kept for up to five days in an ordinary refrigerator.

The Oxford/AstraZenica vaccine will be close behind, and the ModeRna vaccine.

The USA will be approving the Pfizer vaccine later. the FDA will meet on 10th December (and for Moderna on 17th). Europe looks to be much later, because the European Medicines Agency, meets on December 29.

The big question that people are asking is, "Is it safe?" That's what I've heard most often. "How could they have done in 10 months, what usually takes 10 years?"

The answer is twofold - technology and money. The pandemic was such a huge problem, that huge amounts of time and effort were devoted to solving it. Many people dropped what they were doing in order to work on this. Much money was spent on this, and other possible vaccines. And the bottom line is, if it takes one man ten years to dig a ditch, how long would it take 12 men to dig the same ditch? Ten months. And that's when those men are using the same spades - if you add a couple of mechanical diggers, it goes even faster.

So why don't we have a vaccine for Sars, Mers etc, after several years? Because those pandemics weren't as big as Covid. And now, with Sars and Mers being not a threat, why would anyone put effort into developing a vaccine for them? And how would you test such a vaccine - there's nowhere that these viruses are spreading naturally now, and it would be unethical to deliberately try to infect people to see if the vaccine works.

Some people have told me that they're going to wait and see, not be the first to take the vaccine. I'm not going to wait. I'll take it as soon as I'm offered. I won't be the first to take the vaccine; that's what the stage three tests were all about. 40,000 people have been vaccinated, with no serious bad effects. The only grade 3 adverse event greater than 2% in frequency was fatigue at 3.8% and headache at 2.0%. I'm willing to accept that. 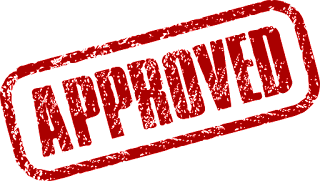