Day 247 of self-isolation - Windows and Figgy

I do have a Windows computer, because there are a few things that Linux can't do. It's running Windows 7. The system drive is an SSD (solid state drive), plus I added a 2tb drive for extra space.

The 2tb has started to fail, which throws a warning message up every few minutes. I thought a bit, and I don't think I actually have anything on that 2tb that I need, so I disconnected it.

As a result, I had to reinstall iTunes (I use that for copying files from my iPhone), and move my three copies of GSAK (a geocaching program) to the C drive. Then I rummaged around and cleaned up the C drive, removing a lot of unwanted stuff.

I have another computer whose main task is to do backups. I have three backup sets. The first is made on days 1-10 of each month, the second on days 11 to 20 and the third on all other days. And the drive that accommodated the first set of backups failed totally.

So I took Figgy off the rack, took that drive out and replaced it, then copied all the files to it, about 1.4 tb. By the time the copy was done, that drive was showing 4000 failing sectors. Not good. So I took that out, and put in another 2tb drive, and the files are copying now.

Then I looked at the failed drive. I tried to test it, but my testing computer didn't recognise it as present. I tried swapping the drive electronic from another drive, but that didn't work. So, it's a dead drive.

I did a quick check of drive prices. 2tb drives cost £40, 4tb drives nearly twice as much. 8tb drives can be found for £120. But I'm not going to buy any drives just yet, I still have half a dozen 4tbs in stock, and prices usually fall. 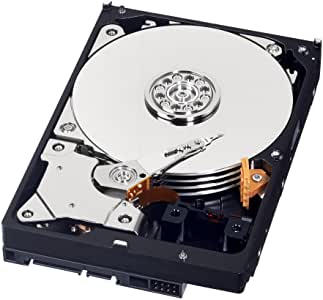