Trump has lost the USA election, Biden has won. But it isn't over. Trump is a sore loser, and will whine and moan about his theory of voter fraud. He will launch frivolous law suits and will throw as many American toys out of the pram as he can in the next few months, because until January 20th, he is still president. After that, he is just another US citizen.

But it gets better. Our own dear Nigel Farage bet £10,000 that Trump would win ... and lost. Nigel, ex-MEP and veteran failure to win a seat in Westminster seven times, backing yet another loser.

America is celebrating today. Not everyone, of course. Loser Trump is out playing golf - and I've heard that he cheats at that, too.

Biden is even-tempered about this. He says that when he is sworn in as president, any trespassers in the White House will be shown the door.

And this is going to be bad for a no-deal Brexit. 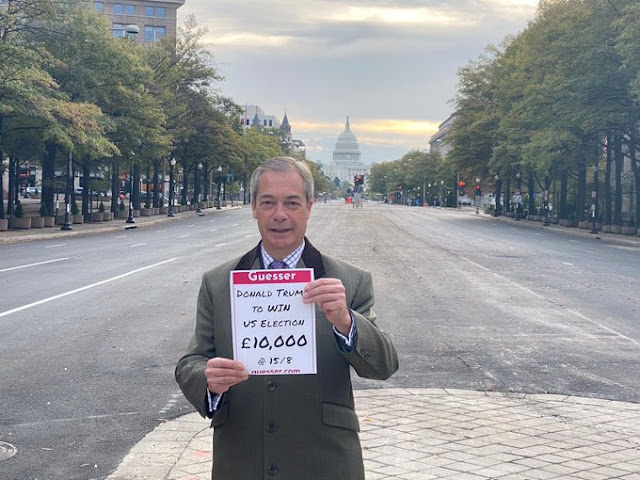