Day 235 of self-isolation - Back into crisis

Europe has gone into crisis again. Lockdowns all over, deaths into large numbers. The last UK death number was nearly 500 - today is 378. The NHS has moved to level 4, the highest alert status. Covid hospitalised numbers are now 11,000 (the April peak was 19,000) and rising. We're back in the situation where the NHS could be swamped, which would lead to desperately ill people being turned away from treatment, an appalling thought.

The furlough scheme will be extended to the end of March 2021, with 80% of wages being paid. We are now in "lock down two" until December 2nd (and there's no guarantee that it won't be extended or repeated).

And where will the money to fund this come from? Boris Johnson has said that it won't come from cuts in spending, or from higher taxes. Which means that it has to come from inflation, which is the tax that pretends that it isn't a tax. The tax that dares not speak its name.

France, Spain, Italy and Germany are all looking terrible, and restrictions are being installed. The USA is recording around 100,000 new cases each day, and a thousand deaths or more. 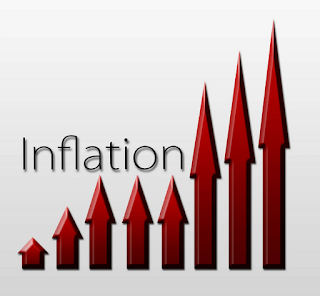