Day 234 of self-isolation - A bomb in parliament

A bomb in parliament

On November 5, 1605,  Guido Fawkes was a major participant in a plot to blow up Parliament. This would be at the State Opening, and would have killed the King, many of the Lords, and would have been a trigger for a people's revolt to install a Catholic Queen, the nine year old Elizabeth, to replace the Protestant King James.

Yes - terrorist bomb plots are not new. And religious terrorists are not new. In England, we fought between Protestants and Catholics, because it was thought that everyone in the country had to follow the religion of the monarch, and that anything else was treason.

This ended with Oliver Cromwell. In the religious settlement of 1653, we started along the road to religious tolerance. In 1655, Jews were readmitted to England, and in 1688 came the Act of Toleration, and with it the acceptance of religious diversity.

Today, it would be unthinkable to blow up parliament, but even so, there is a ceremonial inspection of the cellar areas before the state opening - not that anyone expects to find anything, but we British do love our ceremonies.

Instead, if we hate our government, we have an opportunity every five years to vote them out and welcome in a different bunch of incompetents. This, surely, is better than blowing them up.

But the urge remains. Who wouldn't love to see their least favourite politician burning in a pyre? So each November 5th, we commemorate the Gunpowder plot with fireworks and a big bonfire. And at the top of the bonfire, we burn an effigy of - whoever you dislike.

Religious violence continues, as we all know - the UK threat level is currently "severe" after the killings in France and Austria. Only the religion is different. In modern times, it isn't Catholicism that is the threat. 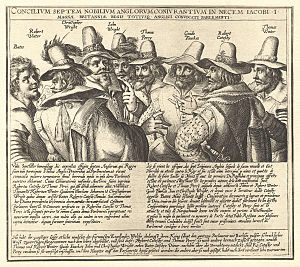