I think that you know and I know that it isn't going to be four weeks. If we had done a lockdown as per last March (including schools etc) and IF people abided by the lockdown as well as they did last March, when all this was new, then four weeks would be enough.

But it isn't and they won't and by the end of November, we'll be looking at the figures and feeling that they are still pretty bad. I might be wrong. I hope I'm wrong. But I really think that we should reschedule Christmas.

This isn't as crazy as it sounds. We have a lot of public holidays that move around somewhat. Christmas in summer sounds crazy, but Australians are happy with it, and have outdoor barbecues.

We have more serious problems than Christmas. We have an economy that is going to suffer terribly in the next several weeks; many businesses who came through the last lockdown, are looking at the next several weeks and wondering "What's the point?". The announced end-point of December 2nd sounds like an end-point, but we all know that it might not be. I have no answer for that, except that we have to find ways to share the economic pain.

The big winner is going to be Amazon.

I used to make an annual pilgrimage to Foyles, a raid on the bookshop that would set me up for the next several months. But for several years now, it's been Amazon, because it's very convenient, and buying books doesn't come with the same risk as buying boots.

And now? I bought a iPad, but didn't visit the Apple store, I bought it online from John Lewis. I bought more food-safe nitrile groves - from eBay. "Non-essential" shops are closed for the next four weeks (at least) but Amazon isn't.

Is this fair? Of course not. But the worst unfairness is that Covid-19 has hit us from nowhere, and we're stuck with it.

The purpose of the lockdown? Winter is coming, and every winter there is increased pressure on the NHS. In the middle of that, the NHS does NOT need thousands of intensive care Covid patients. We mustn't put our doctors in the position of deciding who to treat, and who to turn away and let die. But that's what will happen if the healthcare system gets swamped, which nearly happened last March. And we now have FIVE times as many new cases per day as we did back then.

So I do support the lock down, I do think it will last longer than four weeks (and should have been started sooner), and I suspect it will be suspended before Christmas even if medically unadviseable purely because to do otherwise will be deeply unpopular.

But with any luck, we'll start seeing vaccinations by the start of December. 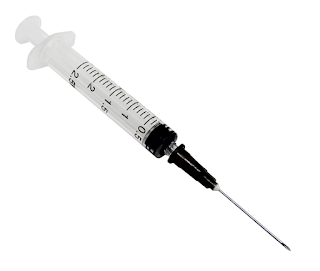