The Battle of Trafalgar

The Battle of Trafalgar

On October 21st 1805, the British fleet met the combined fleet of Spain and France at a place near to Cape Trafalgar.  27 British ships fought 33 French and Spanish fleets, and comprehensively defeated them by a combination of better gunnery, better crews, better seamanship and a better admiral.

The French and Spanish lost 22 ships; the British lost none.

That admiral was Horatio Nelson, one of the greatest heroes of our nation. His last signal to the fleet was "England Expects that every man will do his duty".

He died during that victory, deeply mourned by all England. 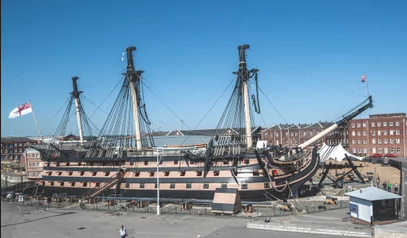 In the middle of London, there is Trafalgar Square, and a statue of Nelson looks from a column of 169 feet, 3 inches, looking across London and guarded by four bronze lions.

Nelson knew he was outnumbered. But he made a plan, ensured that his captains understood the plan, and then carried it out with courage and determination.

Because when you are fighting a strong enemy, you marshal all your weapons, ensure they are ready for action, make a plan and then carry it out.

Our leaders in the UK and the USA, have noticeably failed. We didn't prepare, we've been caught by surprise (which was understandable in February, but not in October). We've failed to get testing working adequately. We've failed to get contact tracing working. We've hared off in all directions after fake medications. We failed to implement even the simple cheap precaution of wearing cloth masks. Indeed, back in March our world-beating governments were telling us not to mask, which goes a fair way to explain why many people are sceptical about the advice to mask.

We locked down too late (or in the case of the USA, in a very patchy way.  And instead of the glorious victory of Trafalgar, we are suffering the bloody defeats and fatalities by the virus. 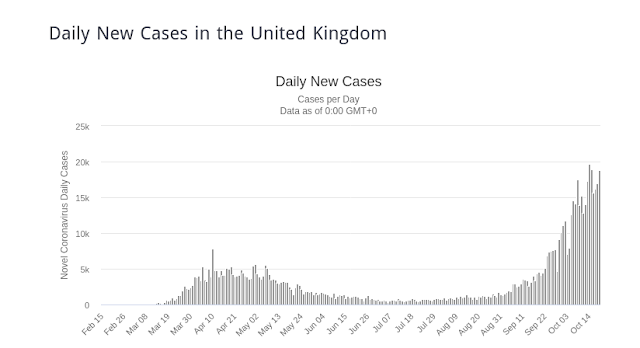