Last January, I joined the Labour party so that I could vote in the forthcoming leadership election. I voted for Keir Starmer. He won.

Just now, the EHRC (Equality and Human Rights Commission, which was set up by the Labour party) reported back on the accusation of antisemitism in the Labour party. The report was damning. It said what we already knew; the Labour Party was institutionally antisemitic. The leaders of the party interfered in the process of investigating cases.

The culture of the party didn't do enough to prevent antisemitism, and at worst, could be seen to accept it.

Yes. We knew that. I was obvious to anyone with ears and eyes.

Jeremy Corbyn claims that he "hasn't an antisemitic bone in his body", but that's because he is Corbyn the Boneless. He lacked the fortitude to tackle a clear problem, and by failing to deal with the problem, he let the cancer of antisemitism spread unchecked.

This was a major factor in Labour losing the last election. Jews would not vote for an antisemitic party, and neither would a large number of non-Jewish voters. And what about canvassing? In the past, many Jews would have been active in the party - but not last December. And on the doorstep, canvassers were asked about this issue. And the only answer they could give was "It's not that big a problem".

The Labour Party has until 10 December to draft an action plan to implement the recommendations, which is legally enforceable by the court if not fulfilled.

Corbyn still doesn't see it. He claims that a tiny tiny problem has been blown up for political reasons. That makes him part of the problem, and Keir Starmer announced that the party has suspended Corbyn, and withdrawn the whip

Will Corbyn apologise and admit that he's wrong? I don't think so. The suspension will turn into an expulsion. Corbyn will whine and moan, and the party will split into pro-Corbyn and anti-racist.

Labour voters can now hold their heads up high. Starmer has now demonstrated that he really means to eradicate racism from the party. And in doing this, and in accepting the recommendations of the EHRC, he will make Labour a credible opposition to the Tories, and will stand a real chance to win the 2024 election. 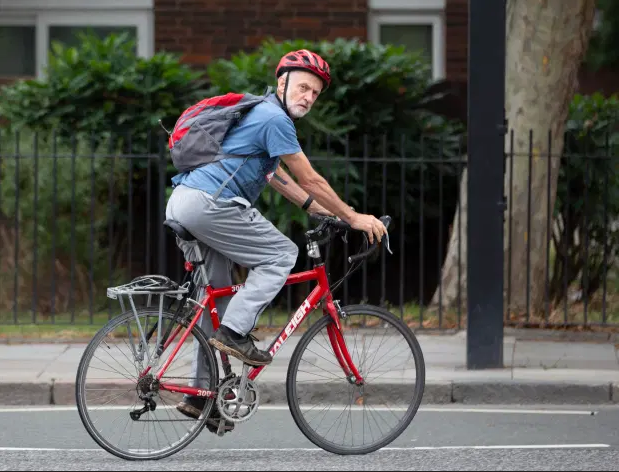