Day 226 of self-isolation - some updates

First, some good news. When I weighed myself this morning, the scale said 16 stone, 0 pounds. I was slightly surprised, so I checked it on ladysolly's scale, and got the same reading. Great! So my BMI is 30.3, which is obese, but just a tidge away from "overweight". The NHS BMI calculator recommends that I lose 11 pounds, and if I do, I'll be "overweight". So that's my target.

Next, I went to the Covid-19 risk assessment site. Most of my risk comes from age, with an extra for being male, and another extra for asthma. My asthma isn't an ongoing problem, but when I get a heavy cold, I get some major wheezing, and I use an inhaler that the doctor prescribed. So my overall risk level was 6, which puts me just into the high risk level. I already knew that, and that's why I'm being more careful than most people. Ladysolly, being female, is medium risk.

And our Ocado delivery didn't happen today, which is only a minor problem, we can last till our next delivery. Apparently, this does happen from time to time.

367 UK deaths were recorded from Covid-19 yesterday, which is a horribly large number, and is back to the level of last May. New cases are 22,885, still a huge number. The other European countries are also deep into this second wave. Lockdowns are happening all over.

There has been a study on how long immunity to Covid-19 lasts - 365,104 adults took part in three rounds of testing, and it looks like immunity lasts for just a few months. More if you're younger, less if you're older. This means that any country that has a strategy of herd immunity, might be badly disappointed. Just 4.4% of adults had some form of immunity against Covid-19 in September, when cases began to increase again. This is compared with 6% found to have antibodies between June 20 and July 13, and 4.8% between July 31 and August 31.

So we really need that vaccine.

The Oxford University vaccine, with the snappy name of AZD1222l is till under phase three testing. But we're getting 30 million doses; some in 2020 but mostly in the first half of 2021.

The tests of AZD1222 have shown a strong immune response in the elderly (usually with Coronavirus vaccines, the elderly get a lower response than the young). So it looks like all age groups will be protected. As a nice bonus, there are lower side effects in elderly patients. Side effects might be very minor - when I had my flu jab a few weeks ago, I had a side effect. My shoulder felt as if it had been slightly bruised, but that effect soon vanished.

AZD1222 does generate antibodies, which last a few months. Also T-cells, which, judging on the way other vaccines for similar viruses have worked, will last for several years. 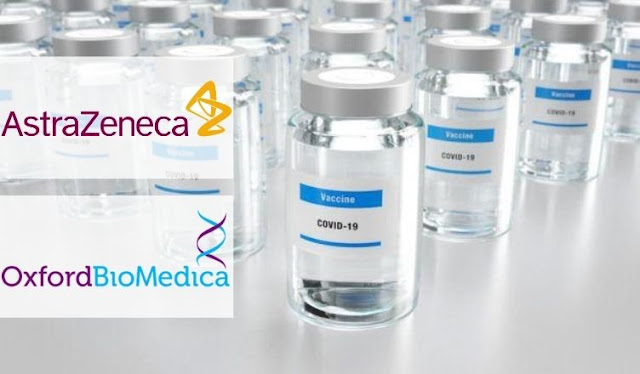