I decided to test the two dozen memory sticks that I keep for spares. So I set up a server that I had as an extra, and ran the Memtest+ program; That cycles through memory, testing the memory with stress patterns. That server was down in the Data Shed, so I put a web cam on it so I could keep an eye on it from a distance.

The first several sticks tested fine, so I labelled them as "tested 2020", but then the server started crashing after a short time.

I tried replacing the power supply, that didn't work. So the next most likely was the motherboard. I replaced that, and it worked fine, so I continued the tests.

We're all getting old. 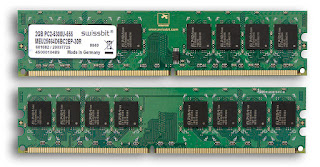