Day 213 of self-isolation - the third wave

UK is in the second wave, and it's looking worse and worse. 137 deaths today, and 19,724 new cases. That means that new cases are still growing at a horribly fast rate, and are now FOUR times as many as they were in April. Remember April? How it felt like the apocalypse? 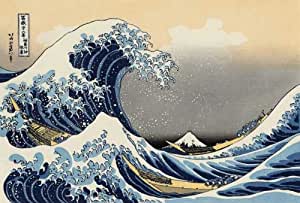 Of course, now the NHS is much better at treating the virus than they were when it hit them out of the blue last March. We learned. We have treatments that we know can help. But still - there will be fatalities. And if the hospitals are swamped, the percentage of fatalities will soar. Remember "protect the NHS"? 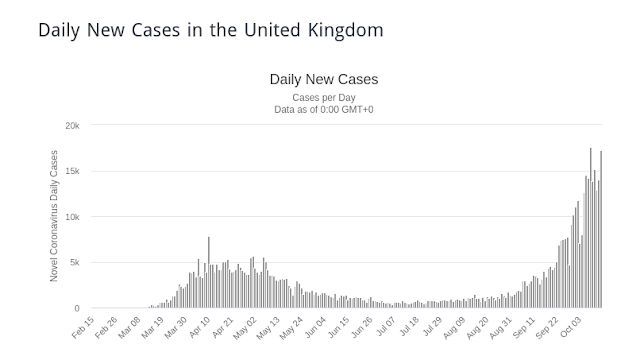 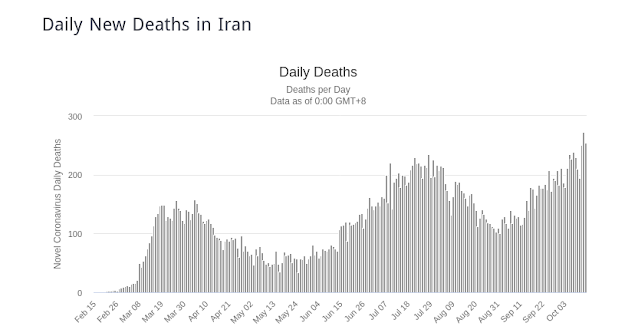 Right now, in the UK we're trying to control the second wave, and so far, no success, as you can see from the graph. Perhaps success will come? Maybe.

Keir Starmer is suggesting a "circuit breaker", a period of two weeks in which we all lock down 100%, as suggested by SAGE. Would this help?

In theory, yes. If everyone stays away from everyone else, the number of cases plummets dramatically. But that won't happen. First of all, there are all the "critical workers", like Bob who drives the Ocado van, and Yusuf who drives the Waitrose van. And the transport workers, and the NHS workers, and so on and so on.

But there are also the "covidiots" who think that the rules don't apply to them, like Dominic  Cummings and  Margaret Ferrier. They have undermined confidence in the government more than they realise. So how many people will follow the example of Cummings and Ferrier? Rather too many, I think.

What we need is the vaccine.