Day 203 of self-isolation - a trip to London

A trip to London

We had a big day yesterday.

First we visited our local doctor for flu vaccination.  We whisked in and out, it was all very well organised - a sharp scratch and we're done, exit through a different door from the entrance.

Then home for a shower. We always shower and change after visiting medical places, because it might not have much effect, but it's easy and cheap. And after I got home, my new printer arrived.

My "old faithful" HP Laserjet 6P has served me faithfully for 30 years, as a printer. But it isn't a copier. And the printer that I use as a copier, has stopped working. So on Thursday evening, I ordered a Kyocera 1220 MFP, and on Saturday it arrived, which is very quick. But I left it until Sunday to install it.

Then we piled into the car and drove to London. Daughter.1 has a tummy upset, and although we don't think it's Covid, she decided to stay at home "out of an abundance of caution". So we visited daughter.2, Mr .2 and grandson.3, who can nearly walk, although I am assured that he can actually walk. I think he'll walk very soon; he just hasn't yet fully appreciated the advantages of bipedal locomotion over quadrupedal..

Then we ordered a takeaway dinner, which should have arrived within an hour, but two hours later I was staring starvation in the face, and even a packet of Hula Hoops didn't still the pangs of hunger. Eventually, we sent Mr .2 out to get pizza. And, of course, a few minutes after they were ready, the food arrived. It was very tasty, but we won't be ordering from them again, because the wait was so much longer than they had said.

Today, I tackled the new laser printer. It was pretty easy to set up, although I still haven't worked out how the paper width control sides work. I did set them to the right width, but I don't know how I did it. But when I went to stow away the manuals, I found a replacement roller and toner for the old machine. So maybe I can fix that.

Kyocera toner costs £67 per cartridge, but I found an alternative for £4 and ordered two. 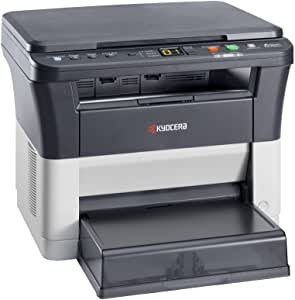