Day 200 of self-isolation - The Three Stooges 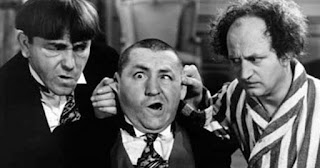 You remember when Dominic Cummings blatantly broke the lockdown rules and got away with it, thereby granting licence to millions of us to follow his example and ignore the rules when it didn't suit us? He should, of course, have been fired. But wasn't. One rule for us, another rule for them.

The first stooge today was Jeremy Corbyn (hereafter referred to as Larry). As you can see from the picture, he's in a group of eight people (one behind the camera), flagrantly violating the rule of six, almost as if he believed that the rules don't apply to him. Larry should now be prosecuted for violating the Rule of Six - I think the fine is £200. 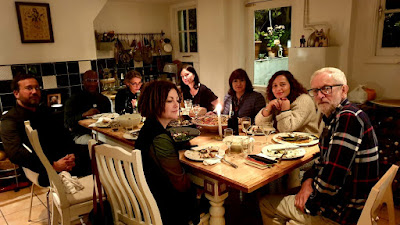 The second stooge was Stanley Johnson (hereafter referred to as Curly). Curly was found browsing in a shop without wearing a mask; this has been compulsory since July 24. So that's another £200 fine. 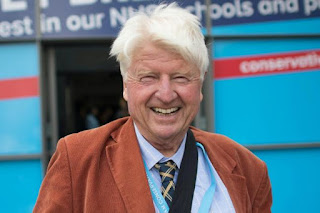 And the third stooge is Margaret Ferrier, hereafter referred to as Moe. Moe is the MP for Rutherglen and Hamilton West. On Saturday, she got the symptoms, and took a test. At that point, she should have self-isolated, but no. On Monday, she travelled 400 miles by train to London, a six hour trip, spraying virus particles as she went. Monday evening, she was told that her test was positive.

On Tuesday, she knew that she was infected with Covid-19. So did she self-isolate? Of course not. She got the train back to Scotland, spreading the virus as she went, like a kind of "Johnny Appleseed", but spreading virus instead of apple trees.

And just for added irony, Mo was one of those calling on Cummings to resign after his idiocy. “Dominic Cummings’ actions have undermined the sacrifices that we have all been making in lockdown to protect each other from coronavirus. His position is untenable and he must be removed from his post now … The public health advice is crystal clear. For the safety of others, anyone with coronavirus symptoms must self-isolate, in line with government guidance. They should not leave the house for any reason.”

She's been removed from the SNP, and people are callng for her to resign from parliament. Which she should. Because it should not be "One rule for them, another rule for us". 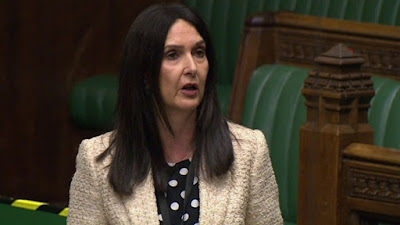