Day 193 of self-isolation - Test and trace

Hurrah! The world-beating "NHS Covid-19" app is now available. So as a keen supporter of the fight against Covid-19, I rushed to install it.

I run an iPhone 6 plus, using IOS 12.4.8. I tried to update it, but Apple says I'm already up to date. I suspect that the problem is, my iPhone can't run IOS 13.5 because it isn't an iPhone 6S or above. I'm one iPhone version too short.

I don't know how common this problem is, but if an anti-Covid enthusiast like me can't run the NHS app, that doesn't bode well.

It's great that they translated it into ten languages, with more to follow. And I understand why you can't run it on an oldish iPhone 6 plus. But it would be good if they mentioned that on the NHS web site (and presumably there's a similar problem for Androids).

After diving deep into the web site, I discovered that it needs Android Marshmallow (v6.0), or IOS 13.5 or above.It also needs Bluetooth Low Energy (BLE) 4 or above.

The Scotland app needs IOS 13.0 or above, which wouldn't work for me either, but I wonder how they were able to do better than the world-beating NHS England app?

New models of Huawei smartphones launched from May 2019 will not be able to use the app, as the app uses Exposure Notifications.

There's a list of phones that will work here. 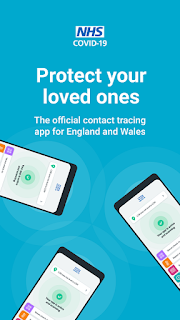